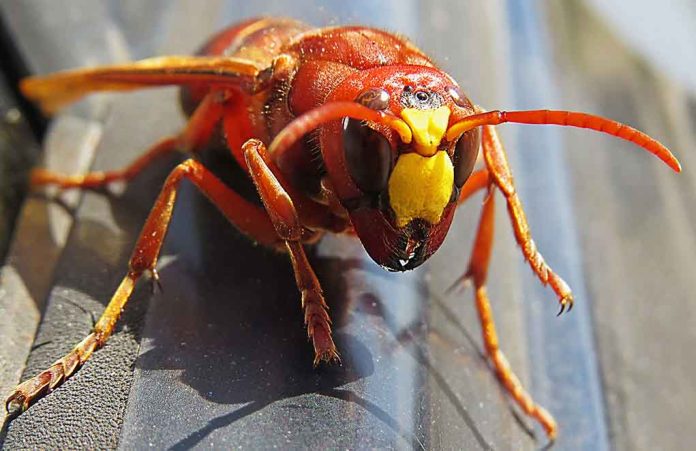 (RepublicanJournal.org) – In recent years, society has demanded many adjustments to accommodate the erasing of supposedly offensive content. This movement has led to many statues of individuals with questionable backgrounds being removed from positions of public prominence. Some of these steps have arguably been justifiable; others have been undeniably ridiculous. For some, the recent name change of an insect may fall squarely in the latter category.

A proposal form from the Entomological Society of America, dated July 17, introduced a new name for the creature that was previously called an Asian giant hornet. In what looks like an attempt to avoid causing offense to China or other nations sharing the eastern continent, the association decided upon the “northern giant hornet.”

ESA officials apparently felt the original moniker created inappropriate links to China. This is despite the fact that the hornet got its name from an accurate geographical description of its place of origin, as is acknowledged by experts in the field. The massive stinging creature is native to various regions in Asia. However, it has popped up in the Pacific Northwest recently, disturbing local wildlife.

What do you think about the decision to change the hornet’s name? Has the woke movement gone once again a little too far?