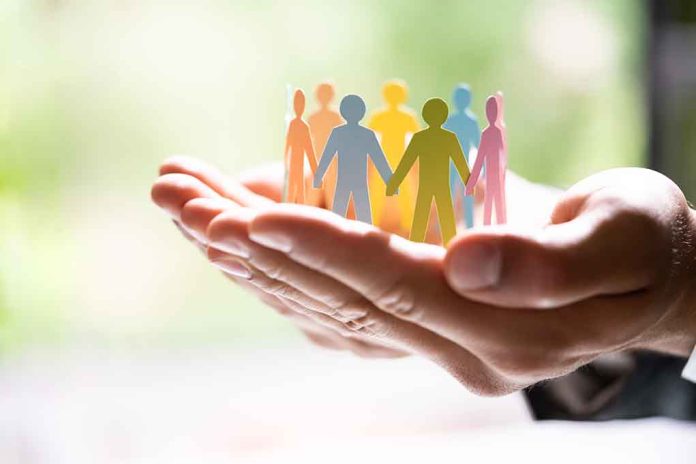 Military Base Goes WOKE – They Were Caught Hosting This Event

(RepublicanJournal.org) – The US military is the envy of the world. It’s better funded than any other nation’s defense force by a distance, and its equipment, approach to training, and systems of operation are second to none. Increasingly, however, many analysts are wondering whether the branches’ growing focus on social inclusion is impacting its effectiveness. A number of scathing media reports have emerged about a drag show that took place at Langley, Virginia’s Air Force Base.

The show was one part of the “inaugural Diversity, Equity, and Inclusion Festival” that took place over the weekend. The official event invitation from the JBLE Breaking Barriers Alliance indicates that it had a DJ, attractions for kids, and a number of performers. One of the acts on the list was called “Harpy Daniels – The Navy Drag Queen.” Daniels’ real name is Joshua Kelley.

This isn’t the first time the military has caused controversy with its attempts to embrace diversity. Professor Lynne Chandler Garcia, a teacher at the US Air Force Academy, recently divided opinion when she penned an op-ed that was supportive of critical race theory. Detractors questioned whether it was appropriate for an instructor of service members to espouse a belief system so dismissive of American traditions.

Should this kind of inclusivity be such a key area of focus for our military branches?