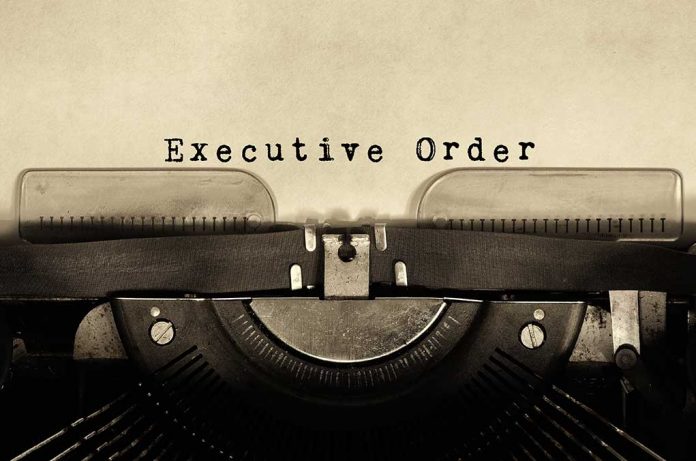 (RepublicanJournal.org) – Executive orders are one of the parts of our system of governance plenty of people don’t understand. After all, we have a legislature to pass the laws that make things happen, whether it’s regulating trade or expanding our military. So, why does the president need to be able to issue orders that can bypass Congress?

It’s Built Into the Separation of Powers

The answer lies in our governmental structure. The drafters of the Constitution built in a system of separation of powers to prevent any one of the three branches from becoming dominant.

This means that, unlike in most democracies, the legislature doesn’t control everything. The president is responsible for managing some important government agencies, including the Treasury and Homeland Security. That means they need some way to give instructions to these kinds of organizations. The way the president does this is through executive orders.

Executive orders aren’t authorized by the Constitution, but they’ve become a customary part of how our government works. Every president except William Henry Harrison has issued executive orders or something that served the same function, so they have a long historical precedence. One of the most famous and influential statements in US history, the Emancipation Proclamation, was an executive order.

In keeping with separation of powers, executive orders aren’t tools that give the president absolute power to do what they like. An executive order is a directive, not a law. Specifically, it tells the federal government how to carry out a law – but in practice, it’s powerful enough to make major changes in a law’s intent.

To rein that in, the Supreme Court has the power to review executive orders and ensure they don’t violate the law. If they do, the court can invalidate the action. It’s happened before – for example, in 1952, when President Truman ordered the nationalization of all US steel mills, the Supreme Court struck down the order.

At the end of the day, executive orders are how our presidents put their personal stamp on the way in which America is governed. They let the president keep governing in the face of an opposed Congress, and provide a way to respond rapidly to a crisis. Since the earliest days of our republic, executive orders have played a key role in keeping the country running.