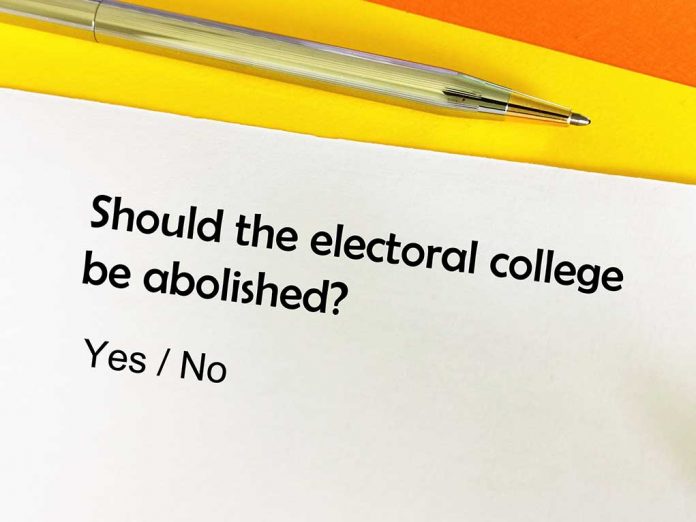 (RepublicanJournal.org) – The President of the United States of America is the most powerful leader of freedom and prosperity in the world. However, did you know the founding fathers never intended the president to be the most powerful person in America? The last thing many of the founders wanted was a leader so popular he might enthrone himself as king.

Throughout the Constitutional Convention in 1787, the founders grew frustrated with disagreements over how to choose a president. Some wanted Congress to appoint a president, and others demanded a straight-up popular vote. A presidency rooted in a mob mentality inspired fears that the scales of the delicate checks and balances among the other two government branches could be tipped.

Due to distrust of executive power, the framers created the Electoral College. They knew it wasn’t perfect, but it was the best solution they could devise. Tired, angry and cantankerous, they put together a plan they could agree on, knowing that, as Voltaire said, they could not let the perfect be the enemy of the good. It wasn’t necessarily wisdom that engendered the idea of the Electoral College. It was a compromise.

The Electoral College Is Still Important

During the New York ratifying convention in June 1788, Alexander Hamilton said, “The true principle of government is this — make the system complete in its structure; give a perfect proportion and balance to its parts; and the powers you give it will never affect your security.”

In Federalist No. 10, James Madison argued against an “overbearing majority.” The whole purpose of the US Constitution was to protect individual liberties. It’s woven with checks and balances. The Electoral College has proven to be one of those. Large states, based on their massive populations, don’t decide who the president will be. As a result, the cultural and political interests of smaller states are preserved in the choice of who will be president.

It’s that kind of check on mob rule that ultimately protects the presidency and the country. It’s the perfect blend of a popular vote through individual states that ultimately decides who the most powerful person in the world will be.

Maintaining the delicate balance of power between the states and branches of government is exactly why the Electoral College is still important today.