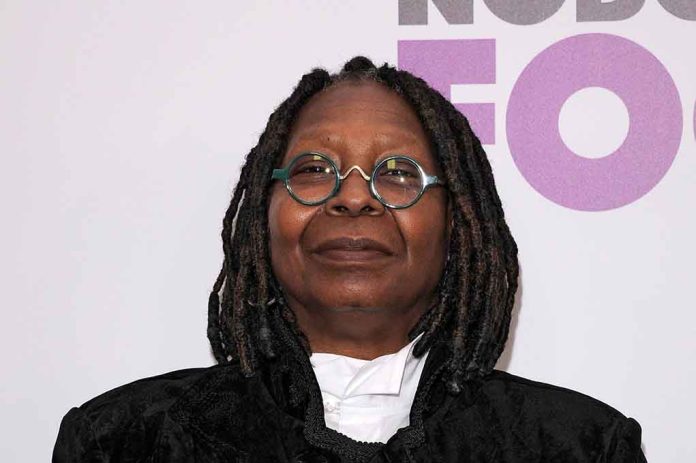 (RepublicanJournal.org) – On June 27, actress Whoopi Goldberg spoke out on “The View” about the Supreme Court’s decision to overturn Roe v. Wade. The host, an Academy Award-winning actress, gave a stern warning to Justice Clarence Thomas, in particular, stating the court may come after interracial marriage or bring back slavery next — both of which would hit his life personally.

Whoopi: "You better hope that they don’t come for you, Clarence, and say you should not be married to your wife who happens to be white … and you better hope that nobody says, you know, well, you’re not in the Constitution. You’re back to being a quarter of a person." pic.twitter.com/JApUHxTaB8

Thomas released his opinion regarding the Dobbs v. Jackson Women’s Health Organization case, which included a suggestion that SCOTUS should have another look at contraceptives and gay marriage, as neither are mentioned in the Constitution. Curiously, he left out the fact that interracial marriage and black people as a whole are also not mentioned in the document.

The TV co-host told the justice he should hope “they don’t come for” him next. After the comment, “The View” audience applauded in agreement with Goldberg. The subject especially hits home for the actress, considering she’s a black woman. Her demographic isn’t represented in the US Constitution, and the actress wanted to remind Thomas that his demographic isn’t either.

Before Goldberg’s rant, another host pointed out that there are no more precedents if the court can so easily overturn a 50-year-old accepted statute.