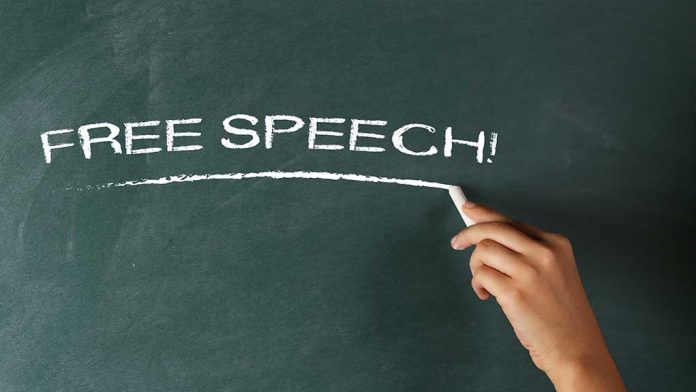 (RepublicanJournal.org) – Freedom of speech seems like an easy concept. The First Amendment to the Constitution says, simply, “Congress shall make no law… abridging the freedom of speech.” That looks pretty absolute, but the reality is there are some limits on it.

First Amendment Throughout the Years

The First Amendment’s protection of free speech has seen fierce legal battles over the years, but modern law has settled on a permissive interpretation of it. Free speech in the US means you can say anything you like unless there’s a specific exemption restricting it. The battleground is over what should be an exception. Here are the things free speech doesn’t protect:

False statements of fact. In a 1974 case, Gertz v Robert Welch Inc, the Supreme Court ruled that the Constitution doesn’t protect speech that makes false claims of fact. Libel and slander, both crimes, fall in this category. You don’t have the freedom to say things about someone if they’re not true. False advertising is also not protected.

Incitement. Speech that advocates violence is not protected by the First Amendment as long as it’s intended, and is likely, to produce “imminent lawless action.” For example, you can say that violent revolution is necessary; you can’t give orders to start a violent revolution now. Encouraging someone to commit suicide is also unprotected, and can get you jailed.

Fighting words. Threats or insults likely to provoke violence aren’t protected if they’re heard by the person they’re directed at. However, threats that are “obvious hyperbole” are not fighting words, according to the Supreme Court.

Threatening the President. Title 18, Section 871 of the United States Code makes it a crime to threaten to kill, injure or kidnap the president, vice president or anyone in the line of succession. In this case, there’s no exemption for hyperbole; a threat you don’t have the ability to carry out is still a crime, not protected free speech.

Obscenity. One of the most controversial exceptions is obscenity. Almost everyone agrees that obscene speech shouldn’t be protected by the First Amendment. The problem is that almost everyone has different ideas on what’s obscene.

Child pornography. Pedophile pornography is not protected free speech. This is a specific exception, separate from the general obscenity exception. There are no loopholes or defenses to this exception; if it’s sexual and depicts minors, it’s not allowed under US free speech laws.

Speech owned by others. If speech is copyrighted or trademarked, you’re not free to repeat it.

Most of these exceptions aren’t absolute; there are defenses that mean they might still be protected free speech. You can’t rely on that, though. We still do better at free speech than most of the world, but there are things that, even with the First Amendment at your back, you’re not free to say.