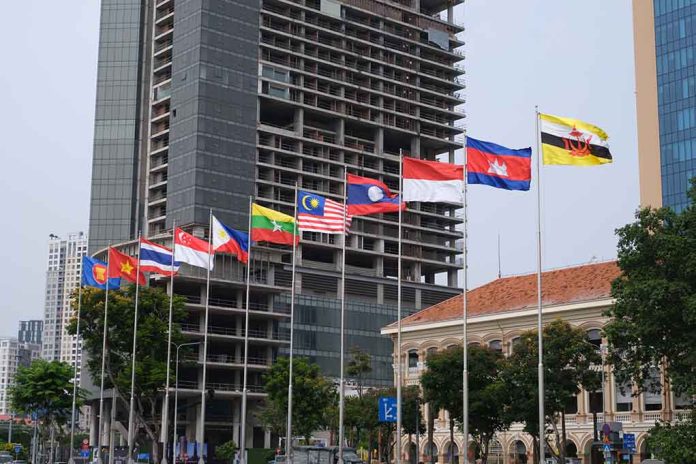 (RepublicanJournal.org) – Many conservative commentators would agree that President Joe Biden’s performance in the White House has been laughable. Of course, it’s difficult to find it funny when his missteps result in bad outcomes for the United States. Vietnamese officials, obviously untroubled by such concerns, apparently had no qualms about laughing at the president during a recent event.

Prior to a meeting with US Secretary of State Antony Blinken on Friday, May 13, Vietnamese Prime Minister Pham Minh Chinh and other senior Vietnamese government officials shared a joke at President Biden’s expense, Radio Free Asia reported. The article related that the officials were laughing at Biden’s previous remark to Chinh, where the president said that he should not trust Russia. Also, Nguyen Quoc Dzung, the Vietnamese ambassador to the United States, boasted that Vietnam’s negotiations had left the US president in “checkmate,” although he didn’t elaborate on what that meant.

The US State Department has reportedly taken down a video from the event that was previously on its website. Some officials noted the prime minister’s language in the clip was crude and embarrassing.

The Vietnamese leaders were speaking in the wake of a visit Prime Minister Chinh paid to the United States to discuss the details of the Indo-Pacific Economic Framework (IPEF), Reuters reported.

Is the footage an embarrassment for Vietnam, or is it simply a warning sign foreign leaders don’t take Biden seriously?