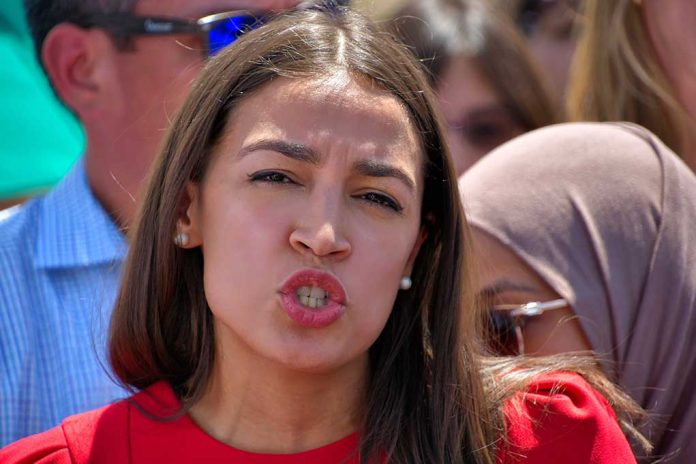 (RepublicanJournal.org) – New York Democratic Representative Alexandria Ocasio-Cortez (AOC) has often been in the spotlight for her opinion on differing subjects. Once again, a video of the congresswoman has gone viral.

The video, which AOC herself tweeted, shows her criticizing her colleagues and fellow lawmakers for not reading bills before commenting or voting on them. She explains that when she first arrived in the Congressional chamber, she believed people studied what they’re reading. Much to her surprise, they apparently don’t.

Today we held the first Congressional hearing in modern history on public banking.

Apparently it is too high of a bar to expect Republican members of Congress to, you know, actually read the bills they’re talking about, but nevertheless it went very well! https://t.co/d8FrHP8WQi

As of now, the video has amassed 1.8 million views on Twitter. AOC further attacked Republican lawmakers by stating that the bar was apparently “set too high” by expecting Republicans actually to read the bills before commenting on them. She also stated she would be embarrassed if she publicly made comments leading people to believe she hadn’t read the bills before commenting, voting on, or passing them.

One thing is certain, whether Republican or Democrat, it’s a crucial part of your job as a member of Congress to read and understand every single bill that’s put in front of you.  With that being said, who has actually read the Reconciliation Bill?