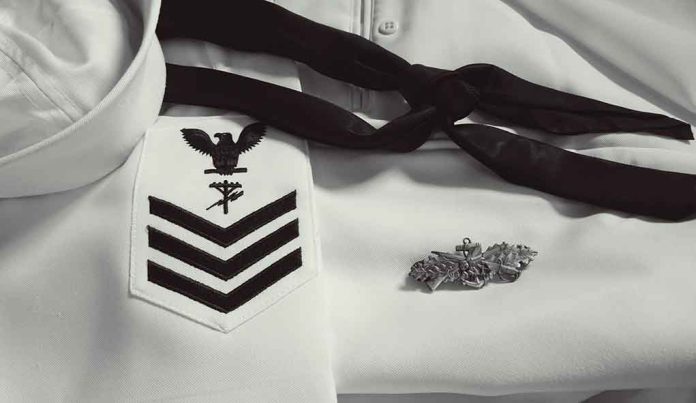 US Navy Releases Disturbing Video to the Public

(RepublicanJournal.org) – The LGBTQ+ agenda has permeated many layers of our society in recent years. Much to the chagrin of conservative parents, the unconventional thinking has popped up in schools again and again, leading to vicious disputes in school board meetings and elsewhere. Now, perhaps even more inappropriately, messaging about trans and nonbinary issues is coming from the military.

The US Navy has released a new informational video aiming to educate servicemembers about the proper use of pronouns when interacting with their colleagues. The clip, which runs for almost four minutes, has the look and feel of a kids’ TV show.

The video starts with both hosts introducing themselves and specifying their preferred pronouns. The pair then launch into an explanation of what pronouns are and their broader significance.

WATCH: The Navy is training its members to create a "safe space" by using proper gender pronouns.

Here's their new instructional video, which is modeled after a children's show:

When initially publishing the video earlier this year, the Navy stated it was necessary to promote the importance of proper pronoun usage. It was also designed to inform members of the branch about the correct way to approach a situation in which they were unsure of another member’s preferred pronouns.

Do you think initiatives like this are an appropriate use of military resources at a time when the threat of international conflict is bubbling up in several corners of the world?