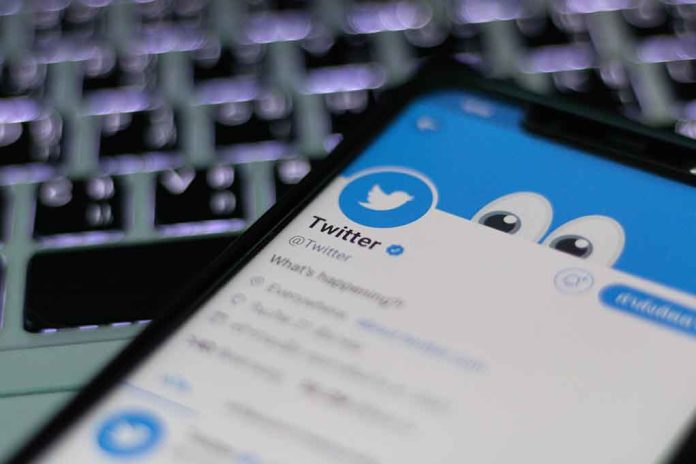 (RepublicanJournal.org) – On Thursday, March 31, the House of Representatives voted to pass the Affordable Insulin Now Act, according to a report from NPR. The bill aims to cap the amount Americans suffering from diabetes would have to pay for insulin each month. Democrats were unanimous in their support of the bill, and 12 Republican lawmakers joined them in approving the proposal in the House.

The bill does have some detractors, however. One such individual is complaining that her comments about the legislation met with censorship on the social media platform Twitter.

Did Nancy Pelosi Block One of Her Critics?

On Sunday, April 3, House Speaker Nancy Pelosi (D-CA) published the tweet below criticizing House Republicans for opposing the Affordable Insulin Now Act. Pelosi claimed conservatives were making “excuses” and that the Democrats were the only ones pursuing affordable healthcare on behalf of ordinary Americans.

Every single House Democrat voted to cap insulin co-pays at $35 per month, driving down the cost of lifesaving care for diabetics.

Shamefully, 193 House Republicans voted NO. No matter the GOP excuses, the votes don’t lie: only the Democratic Party is lowering health care costs.

However, as affordable insulin advocate Laura Marston pointed out in a reply to Pelosi’s tweet, the speaker wasn’t telling the whole story. Marston highlighted the fact the Affordable Insulin Act only targeted people with health insurance, limiting the amount they would have to spend on copayments. Those with no health insurance would continue to pay crippling amounts for their insulin.

A reminder that the Democrats’ bill does NOT lower insulin’s price from $300+/vial & does NOT apply to the most vulnerable, the uninsured.

It’s a copay cap for those privileged enough to have insurance.

It’s a guarantee for PhRMA’s insulin profits on the backs of taxpayers. https://t.co/Duib0bDyBw

Subsequently, Marston noticed she was no longer able to interact with Nancy Pelosi’s political Twitter account as she had been the target of an autoblock. This feature, according to the text in the image below, uses a “Safety Mode” feature to automatically block users who post “potentially abusive or spammy” comments. Nonetheless, as you can see from the tweet above, Marston was neither abusive nor spammy in her remarks.

The Affordable Insulin Now Act, which is currently on its way to the evenly split US Senate for consideration, will limit the amount insured Americans spend on insulin every month. According to the NPR report referenced above, diabetic patients would spend a maximum of either 25% of the negotiated price on their plan or $35 per month, whichever is lower.

High-profile advocates of the legislation include Speaker Pelosi and Representative Dan Kildee (D-MI), who co-sponsored the bill with two other Democrats. One House Republican who stood in opposition to the proposal was Representative Buddy Carter (R-GA), who said during the debate in the chamber that the bill had its basis in socialism and would not truly fix the problem of excessive insulin costs.

Analysts believe the bill might have trouble picking up 10 Republican votes in the Senate, as conservative lawmakers typically oppose price caps of this kind.