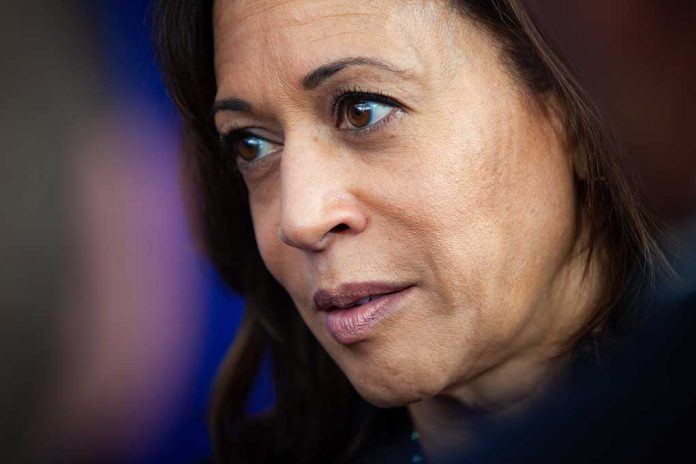 (RepublicanJournal.org) – Vice President Kamala Harris is quickly developing a reputation as a full-on gaffe machine. Last year, she drew anger from the public when she jokingly complained about never having been to Europe as an explanation of why she had yet to visit the southwest border. Now, the VP is at it again.

Harris spoke with the typically Democrat-friendly NBC News outlet on Thursday, January 13. But, unfortunately, her response to a question about the White House’s COVID-19 response plan and whether it was time to change tactics in light of persistently high case numbers was incomprehensibly vague and mysterious.

Fox News host Tucker Carlson wasted no time in lambasting the VP over the answer, which he compared to something you might see in a “zen koan” — a statement specifically made to sow doubt and confusion.

You can listen to the offending statement, as well as Carlson’s subsequent put-down, in the tweet below.

Carlson wasn’t the only one to aim at the VP over the embarrassing moment. The GOP House Committee on the Judiciary released another tweet shortly after the interview. They compare Harris to Michael Scott, the infamously buffoonish protagonist of The Office.

Exchanges like this make it entirely unsurprising that Harris’ approval ratings are even lower than President Joe Biden’s.