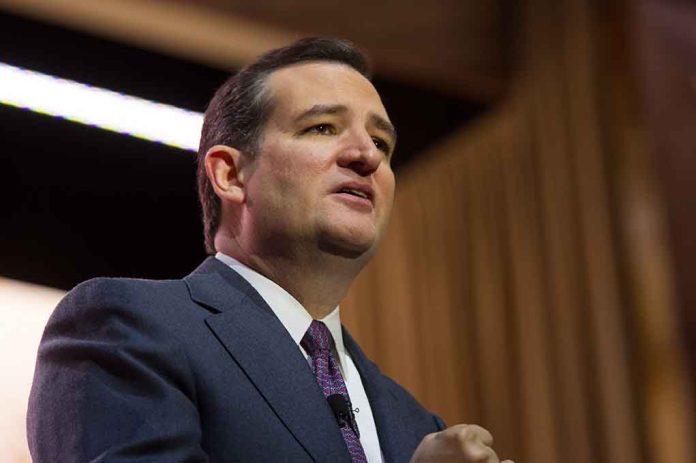 (RepublicanJournal.org) – The National Rifle Association’s convention last week went on as scheduled, just days after the tragic school shooting in Uvalde, Texas. It seems that organizers weren’t swayed by the Left’s politicizing of the event in any manner. That said, Senator Ted Cruz (R-TX) was one of the few high-profile politicians in the Lone Star State to show up to the event — and he had choice words for those who skipped.

On his podcast, “Verdict With Ted Cruz,” co-host Michael Knowles pointed out the long list of Republican representatives who chose to drop out. The no-shows include Governor Greg Abbott, Senator John Cornyn, and Representative Dan Crenshaw, all staples of the party and staunch supporters of the Second Amendment.

Ted Cruz Calls Out Republicans Who Bailed on NRA Convention After Uvalde Shooting: 'It Was Important to Be There' https://t.co/IWo2XEYpqe

Cruz told the audience that it was important to stand in support of the Second Amendment, especially when it’s under such attack. He pointed out that the Left and the mainstream media have a tendency to attempt to frame anyone who supports gun rights as somehow responsible for horrific attacks like the one at Robb Elementary.

Cruz noted that former President Donald Trump was at the event as well. He was grateful that Trump showed up and made sure to reiterate the former chief executive’s choice words for those who chose to lay low.