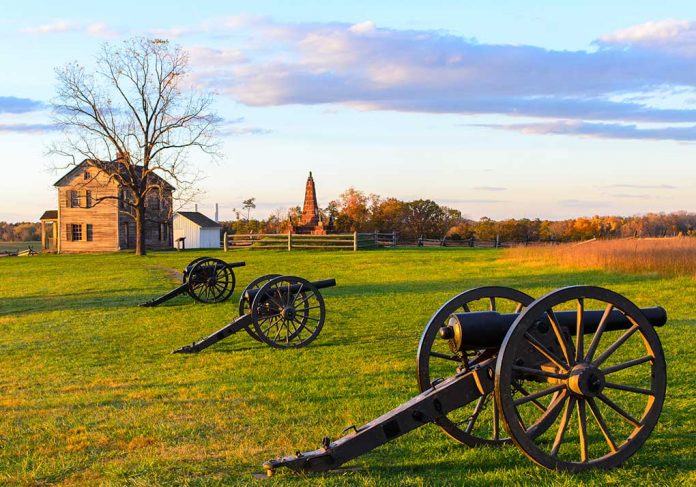 (RepublicanJournal.org) – The question of slavery and its role in the Civil War has been hotly debated for nearly a century. There were many issues that drove the South to secession. Many of them centered around economic, political, and cultural factors. Contrary to popular belief, slavery was not the driving force behind the Civil War. However, the shameful institution of slavery was closely tied to the issues that divided the nation.

On the eve of the Civil War, there were approximately 4 million black slaves in the south. The institution was deeply embedded into the Southern economy. However, only the wealthy could afford to own slaves. For them, it brought respect and special social status as well as an economic advantage.

However, in the North, slavery was abolished. Many believed it to be immoral, including President Abraham Lincoln and abolitionist members of Congress. They began passing laws that prohibited slavery’s expansion and worked to end this immoral system of cheap labor.

During the time leading up to the Civil War, the federal government was viewed as inferior to the states. The states were (and remain) sovereign entities with their own constitutions and governments. The individual states collectively “united” after the Revolutionary War to protect one another against foreign governments, incur debt and raise taxes, and conduct interstate commerce.

The US Constitution was intentionally limited in scope, and the 10th Amendment gives all powers not specifically granted to the federal government to the states.

What Was the Driving Force Behind the Civil War?

Under that framework, secession was born. The economics of slavery, and political control over it at the federal level, began to “disunite” the union. The key issue was states’ rights, though it was cloaked in the veil of slavery.

Prior to secession, Southern states attempted to claim their authority over the federal government. They wanted federal laws that didn’t support slavery stricken down. In addition, as the western territory expanded, the South wanted slavery to expand with it. However, the more populous and industrious North controlled much of Congress and passed laws prohibiting slavery’s expansion.

Lincoln’s inauguration saw the influence of the South wane, even though the new president didn’t get one Southern electoral vote.

In the end, the Southern way of life was dictated by money and social status, and slavery was justified by claiming black people were inferior in every way to white people.

Therefore, slavery itself was not the driving force behind the Civil War. Greed, pride, and ego were at the heart of it.