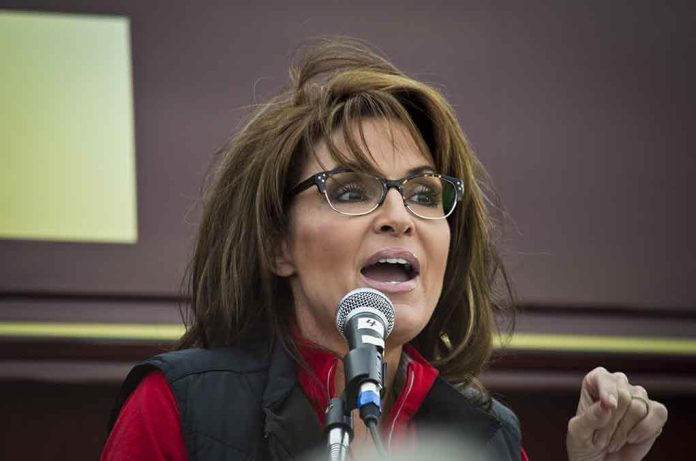 (RepublicanJournal.org) – In a result that surprised many analysts, former vice-presidential candidate and Alaska governor Sarah Palin lost her special election to the US House of Representatives to Democratic candidate Mary Peltola. Voting data showed that the majority of voters picked either Palin or her Republican colleague Nick Begich. However, vote transfers under Alaska’s ranked-choice voting system gave Peltola the victory. Now, Palin is criticizing the election framework in her state.

In a statement, the former governor claimed the ranked-choice system was “crazy, convoluted, [and] confusing.” She appealed to Alaskan voters to “correct” this “voting system mistake” in November, when all three candidates will compete for the same seat once again. The recent vote was a special election to replace the late Rep. Don Young for the remainder of his term.

Under Alaska’s system, electors rank candidates in the order of their preference rather than simply picking one. If no contestant gets over 50% of the first-choice vote, figures for the last-choice candidate are distributed amongst the others according to voter preference. The process continues until two candidates remain, at which point the individual with the most overall votes wins.

Do you think the criticism of ranked-choice voting is fair, or is Sarah Palin simply refusing to accept the fact that she lost a legitimate election?