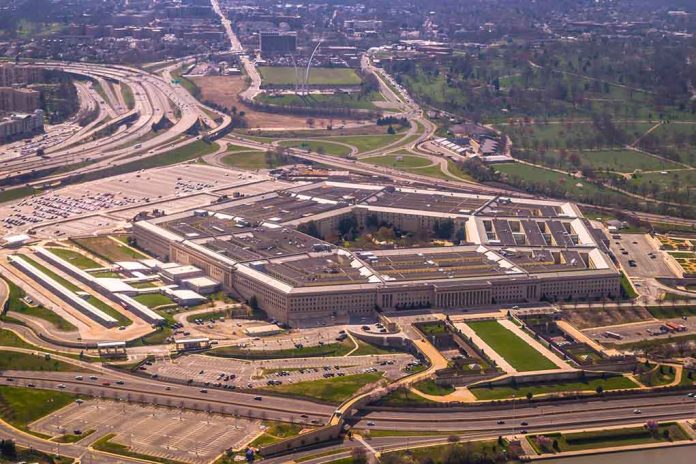 (RepublicanJournal.org) – President Biden recently claimed the COVID-19 pandemic was over during an interview with Scott Kelley on “60 Minutes.” The president’s remarks, which weren’t planned, caught many viewers off-guard. Despite the commander in chief’s assertions, the Department of Defense (DoD) is still requiring its staff to remain vaccinated against the infection.

“We still have a requirement to vaccinate when it comes to COVID,” said @USAirForce Brig. Gen. Patrick Ryder.@DeptofDefense confirmed it is sticking to its COVID-19 #VaccineMandate days after President Biden proclaimed the “pandemic is over.” https://t.co/m7SRDWPlTj

Pentagon Press Secretary Air Force Brigadier General Pat Ryder discussed the COVID-19 vaccine mandate during a recent conference. Ryder noted the department planned to continue requiring the vaccine, claiming from the government’s point of view, there was still a necessary reason for it. The press secretary also reiterated remarks Defense Secretary Llyod Austin had previously made, claiming the agency’s vaccine mandate was about military readiness.

The DoD has forced employees working under its name to get the COVID-19 inoculation since last year. The department offers exemptions for medical and religious reasons but rarely accepts them. Officials’ seeming unwillingness to budge on the matter has led to several lawsuits, even drawing the concern of the agency’s inspector general.

Biden’s comments shocked his administration, leading top health officials, such as Surgeon General Vivek Murthy and White House Chief Medical Advisor Dr. Anthony Fauci, to clarify the president’s stance when he claimed the pandemic was over. The nation’s top infectious disease expert told Politico Biden was trying to say the worst was behind us — meaning there were no longer thousands of people dying per day.