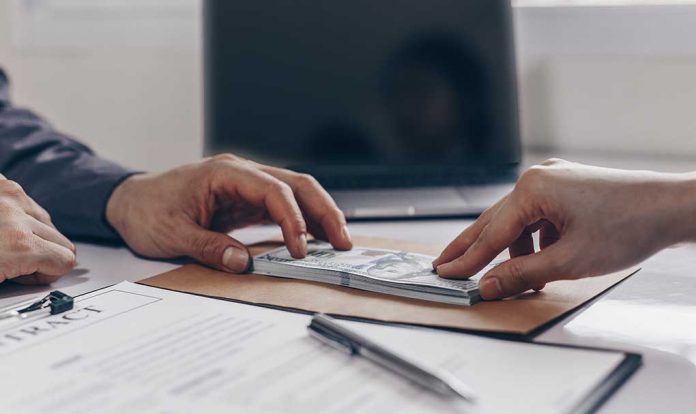 (RepublicanJournal.org) – Dr. Anthony Fauci has attracted a lot more negative attention since the beginning of 2021. America’s leading infectious diseases expert has come under fire repeatedly for potential links to the Chinese Communist Party (CCP) and the Wuhan Institute of Virology. Now, there’s even more damning evidence linking Dr. Fauci to the Chinese lab facility alleged to have unleashed COVID-19 on the world.

A new report from The Intercept, referencing 900 pages of documentation on the work of EcoHealth Alliance, details funding from the US for research into bat coronaviruses in China. EcoHealth Alliance is an American health group that has directed federal money toward the Wuhan Institute of Virology (WIV) for this purpose.

According to the story, the National Institute of Allergy and Infectious Diseases (NIAID) funded two previously unknown grant proposals to study bat coronaviruses. One of these grants paid researchers to conduct screening for novel coronaviruses on thousands of bat samples. US taxpayer-funded grants gave EcoHealth Alliance $3.1 million in research funding.

The Intercept instigated Freedom of Information Act litigation against the National Institutes of Health (NIH) to make these documents public.

The story ties into the so-called “lab leak” theory, surrounding the possibility COVID-19 may have originated in a lab as a created virus rather than through natural selection and transmission. The Chinese Communist Party (CCP) went to great lengths to discredit this theory, and mainstream and social media helped in the endeavor. For several months, Google and Facebook censored posts about the lab leak theory, only deciding to reverse their policies in May 2021.

However, some respected virologists worldwide have given credence to the theory. And this story adds more fuel to the speculation.

Alina Chan works as a molecular biologist at the Broad Institute. Responding to the FOIA documents, she questioned whether EcoHealth retained records of all researchers bitten by bats, a common hazard for researchers in the field. Without those records, she opined, it cannot realistically “rule out a research-related accident.”

Of course, expecting Dr. Fauci to validate possibilities like these is fanciful at best. He’s apparently too busy arguing with Senator Rand Paul (R-KY) about the definition of “gain of function” and trying to discredit Tucker Carlson and Joe Rogan as peddlers of “disinformation” on CNN.