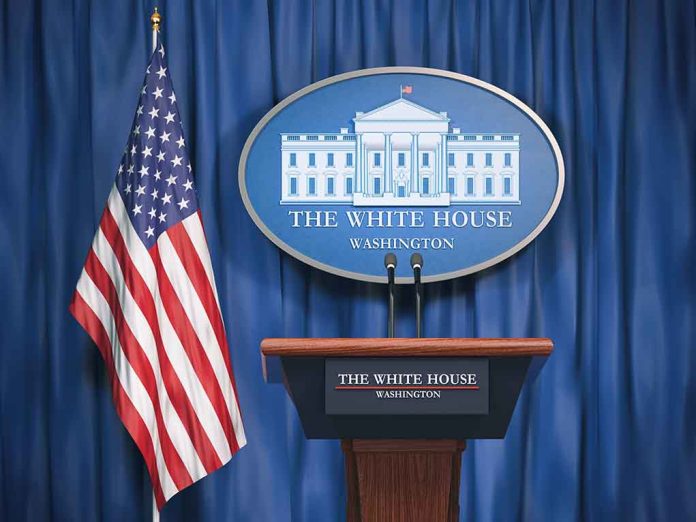 (RepublicanJournal.org) – Press briefings from the White House should provide the voting public with valuable insights into how the ruling administration is managing its various challenges. A lot of the time, however, the briefings are more likely to feature obvious instances of question-dodging and political maneuvering that benefit nobody. Newsmax recently published a report on the state of the White House press briefing under the administration of President Joe Biden, and some experts had some very negative things to say about it.

The report discussed how the changing media landscape has greatly diminished the relevance of the nightly news briefing. In years and decades gone by, ordinary Americans did not have access to constant news coverage via their televisions, cell phones, and laptops. The daily address from the White House, as a result, constituted an important part of the overall political news they would consume. Now, though, these briefings are relatively unimportant in the grand scheme of things as Americans can learn about the issues of the day from a large number of other sources.

According to David Johnson, who’s an expert on media and communications based out of Atlanta, White House press briefings peaked in terms of importance during the administration of former President Ronald Reagan. Johnson highlighted that Reagan was highly adept at using the press briefings to his advantage, building the narrative he wanted around a single news story.

Now, Johnson says, reporters are too well-informed to allow this tactic. They force the press secretary to answer questions on a wide range of subjects, some of which are developing at pace at the time of the question. This dynamic prevents administrations from capitalizing on the briefings as Reagan’s did.

How the Biden Administration Is Doing Briefings Wrong

Johnson took issue with the Biden administration’s use of the sessions in particular. He noted that former President Donald Trump had not used them extensively, choosing instead to discuss the issues of the day via Twitter.

While Biden has brought back the briefings, he has not greatly enlightened the American public by doing so, Johnson said. The analyst accused White House Press Secretary Karine Jean-Pierre of sticking to a pre-prepared script when taking the podium and defying the attempts of reporters to get her to answer important questions. He said she often looks like “a deer in the headlights.”

Ultimately, Johnson said, there is no longer a reason for administrations to hold press briefings. He believes the time has come for them to end.