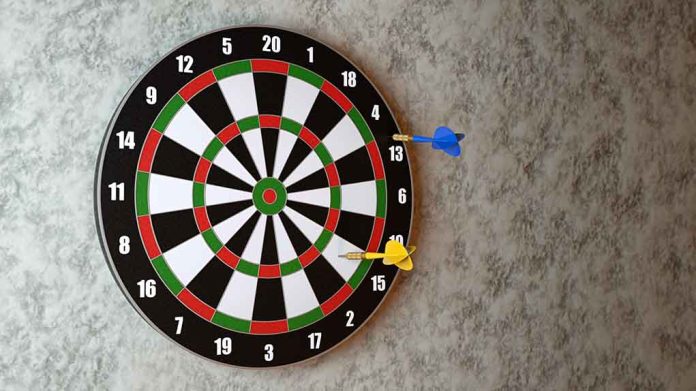 (RepublicanJournal.org) – The House Select Committee investigating the January 6 attack on the Capitol Building is still working to find evidence that former President Donald Trump is guilty of staging an insurrection. Unfortunately for the Democrats behind the probe, there have been numerous challenges to overcome.

Firstly, there was the highly publicized refusal of former White House advisor Steve Bannon to appear before Congress concerning a subpoena. Bannon invoked executive privilege on behalf of the former president, and he must now stand trial for contempt of Congress at some point next year.

However, an issue with the potential to be far bigger has just presented itself through a misstep by none other than Rep. Liz Cheney (R-WY).

Did Liz Cheney Just Prove There Was No Insurrection?

Cheney, who has undergone widespread vilification within GOP ranks since she decided to vote against Trump in his impeachment proceedings earlier this year, read a series of text messages from January 6 aloud on Monday, December 13. Donald Trump Jr., along with Fox News hosts Sean Hannity, Laura Ingraham, and Brian Kilmeade sent the messages to Mark Meadows, who was Trump’s chief of staff.

Many of the messages conveyed a profound sense of urgency and dismay at what was unfolding, and a number of them urged Meadows to tell the then-president to tell the Capitol rioters to stop.

In the messages, Donald Trump Jr. and Fox News hosts Laura Ingraham and Sean Hannity urge Meadows to get then-President Donald Trump to tell his supporters to leave the Capitol. https://t.co/8829IKpMdb pic.twitter.com/Ebc2NM4NeU

Cheney ostensibly read the messages to show that Trump and his supporting officials conspired to organize the violent protest or keep it going once it started. However, as critics have been quick to point out, the texts actually paint quite a different picture.

For example, in one message, Donald Trump Jr. tells Mark Meadows to convince the then-president to “condemn this s**t Asap.” Does that sound like the rhetoric of a man who supported what was happening or wanted it to continue?

Liz Cheney has made herself unpopular in Republican circles by opposing Donald Trump. However, she may have gotten herself back in the good books by accidentally sinking the investigation that’s trying to smear the 45th president.