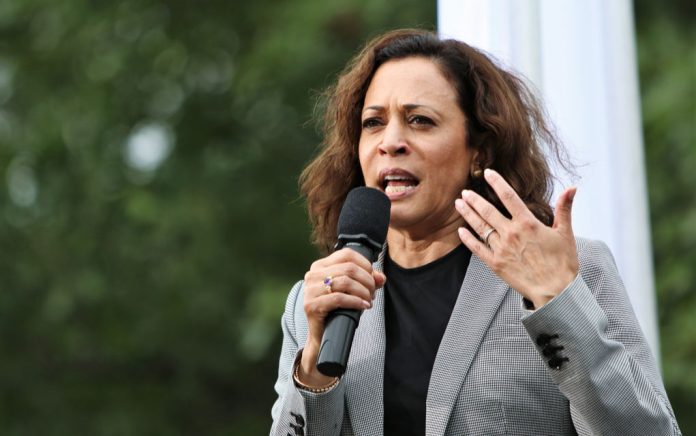 (RepublicanJournal.org) – America’s southern border is facing a humanitarian crisis that’s likely only to get worse. Not long after becoming president, Joe Biden appointed Kamala Harris to be his border czar and get to the bottom of the surge in migration. However, the vice president has done little to nothing to address the issue. Instead, she’d rather blame Republicans for the ongoing crisis.

"What we have seen…from Republicans in Congress is an unwillingness to engage in any meaningful reform," Harris—who has never visited the border—said.

Harris recently spoke with Asma Khalid of NPR. During the interview, the vice president attempted to shift the blame. Harris claimed GOP members of Congress weren’t willing to pass legislation to address the issue. The vice president added that Republicans didn’t want to “engage in meaningful reform” to bring a solution to the table.

For those who’ve been paying attention, the comments from Harris likely come off as ironic. The US has seen the largest amount of illegal crossings and encounters ever, 2.4 million according to The Washington Free Beacon, under the Biden administration. Additionally, the vice president has been Biden’s border czar since March 2021 and has only visited the US-Mexico border one time.

Migrants have been flooding over at a record pace. Harris claims Republicans aren’t doing anything to help the situation, even insisting they’re the reason nothing is being done. After all, some of its members did send their overflow to sanctuary cities to relieve affected communities. But a Republican, Texas Governor Greg Abbott, also restarted construction of the border wall and sent 400 National Guard troops to help border authorities.

GOP leaders are taking action despite it not being their responsibility as state officials. Securing the border is the federal government’s job and therefore the Biden administration’s, not state governors’.