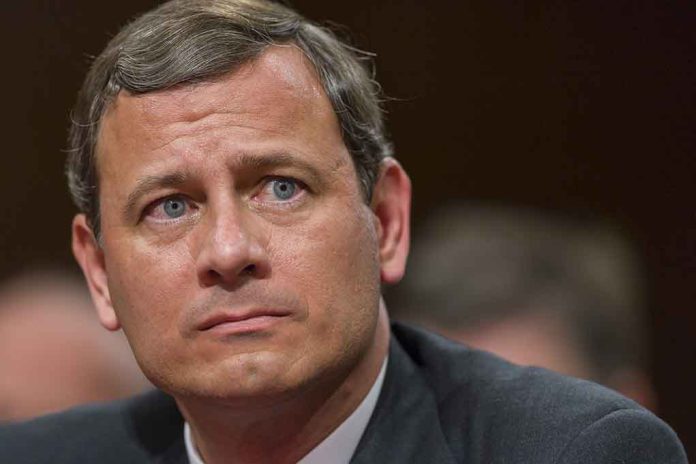 (RepublicanJournal.org) – The US Supreme Court has come under many scrutinies for supposed political partisanship since former President Donald Trump appointed Amy Coney Barrett to replace the late Ruth Bader Ginsburg. Many liberals are concerned that the six conservative appointees will push the nation’s rules and regulations too far into the right-wing territory. Chief Justice John Roberts is the latest member of the high court’s bench to come under this type of scrutiny.

Roberts is noted for his opposition to corporate regulations, among other things. The Supreme Court is currently set to consider the case of “Viking River Cruises vs. Moriana,” a matter involving the Private Attorneys General Act. This piece of legislation from California allows workers to sue their employers without going through mandatory arbitration. With its ruling, in this case, SCOTUS could undo the employee-focused law, and liberal analysts reckon Chief Justice Roberts is sure to vote in favor of abolishing it.

A California employment law comes into the firing line. https://t.co/bfAul8lEtR via @CharlesPPierce

Of course, there are two sides to every story. Mandatory arbitration clauses exist for a reason, and a ruling against California’s law here might serve to keep employment disputes out of the courts when there’s no reason for them to be there.

What do you think? Will Chief Justice Roberts stay true to form in this case, or will he show some nuance in his judgment?