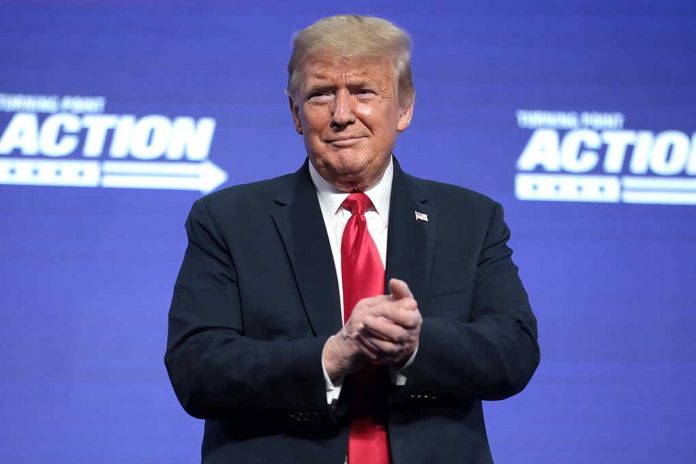 (RepublicanJournal.org) – Former President Donald Trump hasn’t held a public office since he departed from the White House in January. However, Democrats and left-leaning media voices remain obsessed with him, insisting on using him to try to paint Conservatives in a bad light.

The latest example of this comes in an article published by The Hill on Monday, June 21. The author, Juan Williams, is a political analyst who works as an opinion contributor for The Hill and also appears on other platforms. A noted liberal, Williams used the article as an opportunity to slam Donald Trump and the Republican Party, titling the piece “Trump’s GOP descends into farce.”

Williams discusses the betting odds for the presidential election in 2024, noting that the market views Donald Trump as having a good chance of winning the Republican nomination. He bemoans this, accusing Trump of benefiting from a “cult of personality” that relies on his supporters “hating Democrats.”

He went on to accuse the GOP of caring more about following Trump and vilifying Democrats than actually launching “legitimate… criticism of Biden’s policies.” Perhaps Williams wasn’t listening on the dozens of occasions Republican lawmakers took Biden to task over his shambolic handling of the border crisis over the past few months?

As if the extent of his bias wasn’t clear by this point, Williams then goes on to accuse the GOP of being racist. This, quite obviously, is nothing more than another lazy liberal hit piece.