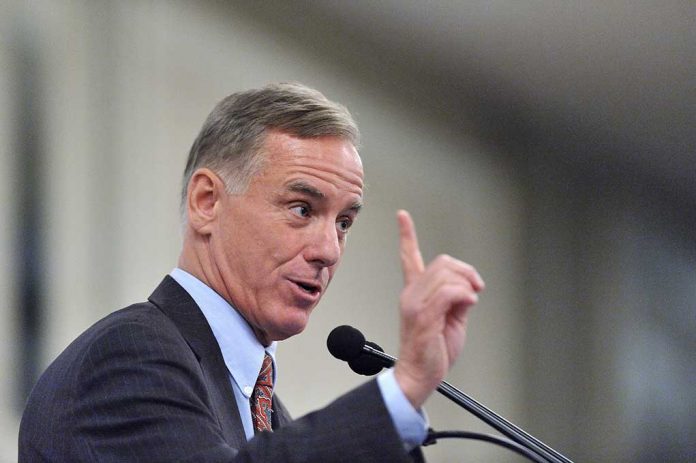 (RepublicanJournal.org) – Conservative outlets have, for years now, gone to great lengths to illustrate the double standard that exists when it comes to discussions around Conservative and Liberal leaders. If you say something even mildly unsavory about a Liberal figure, you’re likely to face the vitriol of the social media mob. If you want to fire shots at a Conservative, though, be as distasteful as you please; chances are no one will bat an eyelid.

Nobody knows this better than former Democratic National Committee Chairman Howard Dean. On Tuesday, July 13, during an interview on MSNBC, Dean compared former President Donald Trump to cult leader Jim Jones. Jones led 900 of his followers in a mass suicide in Guyana in 1978; most of those who died ingested cyanide-laced punch. Dean said Trump’s followers would pay for their loyalty “with their lives.”

This is a real howler…

Howard Dean: ‘Trump Is Jim Jones‘ — His Followers ‘Are Going to Pay‘ with Their Lives https://t.co/GRtecPdBxX via @BreitbartNews

Dean commented on the low vaccine uptake in predominantly Conservative areas of America, suggesting Trump was responsible for this. However, the truth is that Trump has been one of the most pro-vaccine Republican figures lately. He extolled the virtues of Operation Warp Speed while he was in office and has repeatedly encouraged Americans to receive inoculations.

So, there you have it. This instance is nothing but lazy, inaccurate, inflammatory conservative-bashing.