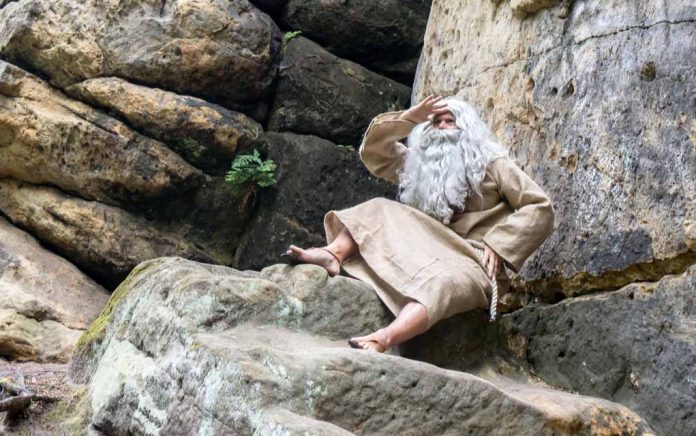 (RepublicanJournal.org) – Some people simply prefer their own company, meaning the thought of an “off-the-grid” lifestyle has probably pinged around in their minds at some point. Even for those who are extroverts, a bad traffic jam or a disagreement with a nosy neighbor could be enough to consider ridding themselves of belongings and heading for the wilderness. It’s a fleeting fantasy for many people, but a small minority actually pursue a hermit’s lifestyle, sometimes for years on end.

One member of this minority is David Lidstone, also known as River Dave. The 81-year-old New Hampshire native spent three decades living in the woods near the bank of the Merrimack River, growing his own food and working as a logger. Unfortunately, Lidstone’s cabin burned down last week, and he’s decided to leave his isolated lifestyle behind.

‘River Dave’ says he doesn’t see how he can ‘go back to being a hermit’ https://t.co/fgrWHYMGdt

One might think River Dave would be too committed to his surroundings to make a change now, but he seems happy to be starting a new chapter. He says he wants to experience the things he’s missed out on that people “really need in life,” such as intimacy and human connection. However, he’s leaving the life behind out of necessity as well as a choice; he claims “society is not going to allow” him to resume his hermitic existence (now that people know about him) and that he “would have [visitors] every weekend.”

Lidstone has had over 20 offers of funding and accommodations from generous souls across America. It’s good to see that this touching story may have a happy ending.