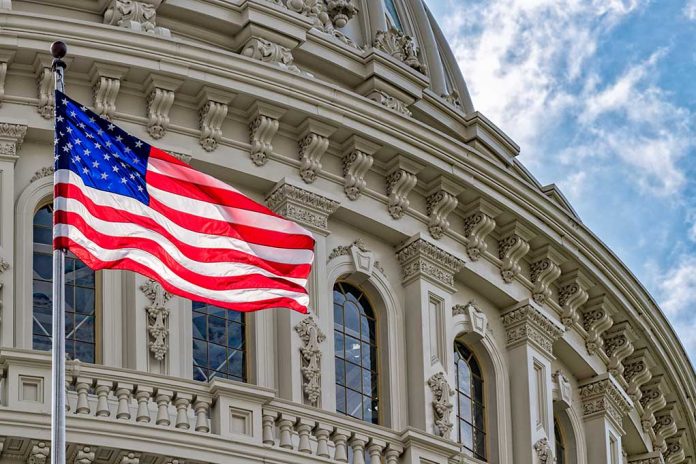 (RepublicanJournal.org) – Since NFL star Colin Kaepernick decided to take a knee during the national anthem to protest racial injustice, there have been fierce debates about whether this is an acceptable form of demonstration. The First Amendment, as many have noted, protects everyone’s right to express themselves; however, others have argued athletes should never disrespect national symbols like the flag or the anthem, regardless of the point they’re trying to make.

This argument has now come back into focus in the context of Gwen Berry, the hammer thrower who turned her back on the American flag during the national anthem after placing third at an Olympic trial event in Oregon over the weekend. Berry also carried a t-shirt adorned with the phrase “activist athlete” while on the podium.

Now, she’s facing calls for her removal from the Olympic team. On Monday, June 28, Senator Tom Cotton (R-AR) and Rep. Dan Crenshaw (R-TX) both made appearances on Fox News to criticize the athlete.

Cotton said there was no reason an athlete “embarrassed” by America should be competing in the country’s colors. Crenshaw echoed this statement, opining that the “bare minimum requirement” for an American representative at the Olympics is that they “believe in the country” they’re there to represent.

Both Cotton and Crenshaw are military veterans, and they’d likely have a lesson or two to share with Berry on the topic of patriotism.