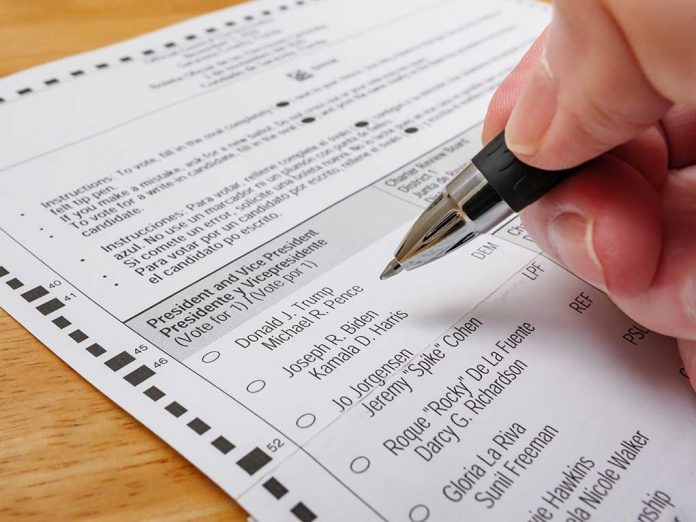 (RepublicanJournal.org) – The disputed 2020 election continues to cause controversy across the United States. While President Joe Biden continues to pursue his questionable policies and Democrats generally refuse to acknowledge ongoing investigations, a cohort of Conservatives remains determined to unearth evidence of voter fraud or electoral mismanagement. Now, it appears there may have been a breakthrough in Georgia.

Investigators in Fulton County, GA, have discovered that a large number of disputed ballots were counted as votes for Joe Biden, even though the true intention of the voter was unclear (because both candidates had marks next to their names). Where such ambiguity was present, it was up to adjudicators ultimately to decide who the voter wanted to elect.

Georgia’s election laws stipulate that a vote should be considered “spoiled” if voters have selected more than one candidate, and the ballot is not to be counted. However, in many cases where voters marked both boxes, adjudicators opted to give votes to Biden.

There was a massive outcry from liberal politicians, celebrities, and corporations when Georgia passed new election laws earlier this year. However, when discrepancies like the one reported above are allowed in voting centers, is it any wonder politicians in the state want to tighten up the rules to ensure all candidates receive fair treatment?