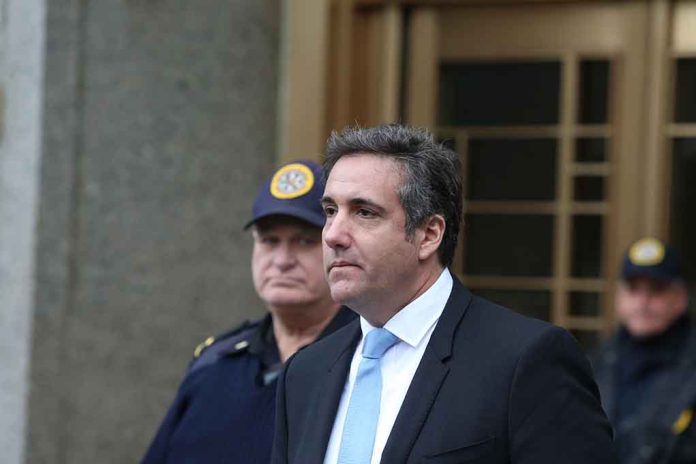 (RepublicanJournal.org) – Michael Cohen isn’t a fan of former President Donald Trump getting another shot at the Oval Office. Cohen believes, after spending years in the prominent figure’s inner circle, if his old boss has the chance, he’ll tie up as many loose ends as possible. The ex-Trump lawyer worries America will look like Russia, with people dying of mysterious accidents or unexpected “suicides.”

On October 12, Cohen answered questions from The Hill’s Judy Kurtz on “In The Know,” telling her he’s afraid for his safety if Trump runs and wins in 2024. He believes there’s a list of people the former president sees as a threat, all of whom would meet untimely ends should the opportunity present itself.

Cohen remains one of Trump’s most vocal critics, telling Kurtz he’s a conman from way back, offering an interesting take on why the US probably won’t see another Trump campaign. The fixer says even though he’s a lifelong Democrat, he still gets a ton of emails from the popular Republican’s campaign soliciting donations. That money, collected by the Save America PAC, is available for personal use. Cohen contends that if Trump runs again, all of that stops. As a candidate, he can no longer simply disperse funds as he sees fit.

Cohen also believes indictments are coming from both the federal government and the state of New York. According to him, the corruption runs deep. His new book, “Revenge: How Donald Trump Weaponized the U.S. Department of Justice Against His Critics,” tells the story from his perspective.

The lawyer’s criticism of the former president isn’t coming to an end anytime soon. He’s currently working with fellow 45 critic and unlikely ally Kathy Griffin to tell his story in a podcast. The two hit it off after an introduction from Rosie O’Donnell, a longtime Trump nemesis.