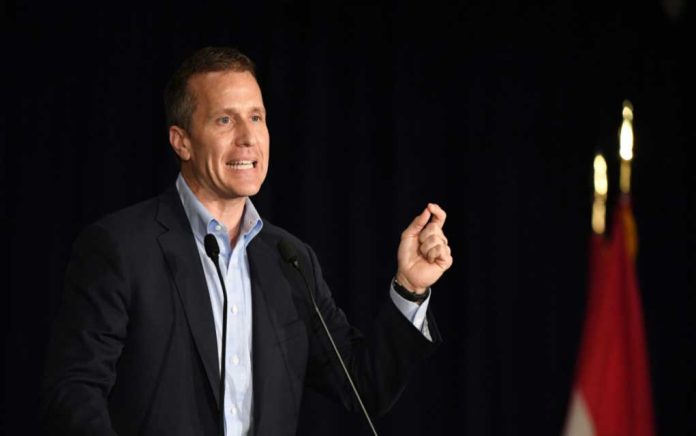 (RepublicanJournal.org) – The midterm elections are just around the corner, and candidates are currently scrambling to make their cases to the American public. Campaign content can often feel stuffy and traditional, but there are some very noteworthy exceptions to that trend this year. One candidate who’s entirely unafraid to court controversy with his voter outreach efforts is former Missouri Governor Eric Greitens (R).

Greitens, who’s running for the US Senate in his state, unveiled a new campaign advertisement on Wednesday, July 6. In the video, the former Navy SEAL appears with a rifle and says he’s coming into election season with “an army of patriots.” A clip from a previous campaign video has Greitens stressing that he’s “no career politician.” The Missouri candidate adds that he’s going to “aim at politics as usual” before firing a number of rounds at an exploding target.

Because I fought for you, they came after me.

But we're back—wiser, stronger, still fighting— but this time, we are coming with an army.

We will not stop until we take our country back and Make America Great Again. pic.twitter.com/X23ZgJiO23

In June, Big Tech platforms Facebook and Twitter censored the campaigner for making a jocular reference to hunting RINOs (Republicans in name only).

The former governor is focusing strongly on America First principles as he bids to represent Missouri. According to statistical calculations by FiveThirtyEight, he is the most likely candidate to win the seat at this time.