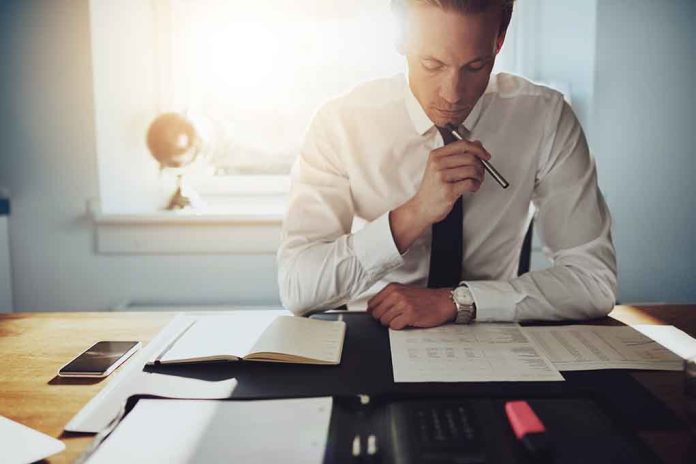 (RepublicanJournal.org) – There are always suspicions around the activities of secretive federal government agencies like the FBI and the CIA. We know few details of what these organizations do, and even fewer of the motivations behind their activities. Recent revelations indicate the FBI might have launched a special operation to infiltrate conservative politics.

The Epoch Times reports that an FBI operation with the codename Patriot Conspiracy (PATCON) has been underway since the early ’90s. Knowledge of the operation first became public in 2007, when redacted records told a story of undercover agents posing as members of a fictional extremist group. Then, in 2011, Newsweek published a story about PATCON on the basis of information it received from an FBI informant who was involved in it.

The FBI initiated PATCON to investigate the Texas Light Infantry (TLI), a conservative militia group that had allegedly threatened two FBI agents based in Austin, Texas. PATCON operatives quickly learned that the TLI had no intention to launch any serious attacks, but they kept the project alive as a surveillance outfit, allegedly targeting potential instances of domestic terrorism.

After this, PATCON conducted investigations into a number of figures in America’s network of right-wing extremists. Experts remain divided on how effective the effort was.

Connection to the Oklahoma City Bombing

In 1995, a bomb exploded in a truck in Oklahoma City, killing 168 people. When some members of the public questioned why the FBI didn’t prevent the attack, leading agents blamed a shortage of good intelligence, partially because of more limited investigative powers since the Watergate scandal.

More recent revelations about PATCON have led analysts to cast doubt on whether those limits were the real reason. Though it’s not currently possible to say just how close PATCON got to him, there is evidence that the operation had some contact with Timothy McVeigh, the Oklahoma City bomber. There are reports that one PATCON agent saw McVeigh at a militia training facility in Texas in 1995, not long before the bombing.

There are also allegations that the FBI has threatened agents who have shown an interest in testifying about the activities of PATCON.

While the official line from within the agency is that PATCON’s operations ceased in the 1990s, not long after the group’s inception, there is broad speculation that it continued working for years after that. Some believe it could still be investigating supposed domestic terror threats.

Revelations about PATCON have inspired doubt and confusion among many analysts. Are there other secretive FBI operations targeting extremist left-wing groups as well, and if so, to what end?