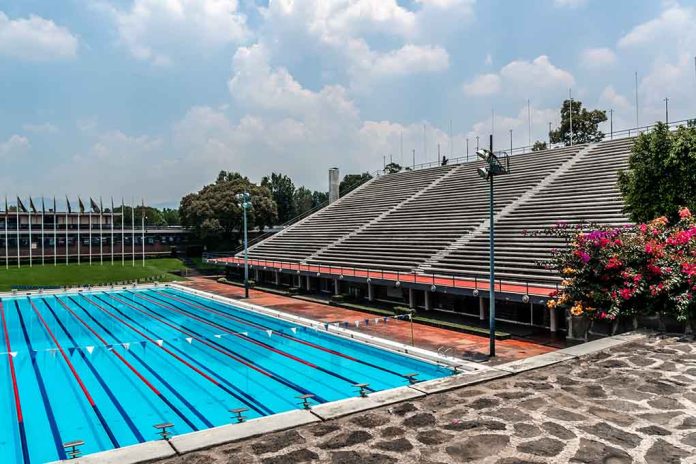 (RepublicanJournal.org) – Lia Thomas of the University of Pennsylvania has set media outlets across the country alight with debate and controversy over the last few days. The trans female athlete just won the NCAA Division 1 women’s 500-yard freestyle swimming championship, making her the first trans athlete to win a D1 title in any event. According to Florida Republican Governor Ron DeSantis, this should never have happened.

Governor DeSantis issued a statement declaring that Emma Weyant, the Florida native and former Olympian who came second to Lia Thomas, was the rightful winner of the championship. He said he felt compelled to comment because Weyant was from Florida. DeSantis reiterated his opposition to the idea of allowing trans athletes to compete in female sporting events and divisions. He stated it was unfair to hard-working, talented female athletes, and that it narrowed the field of opportunities for women in sports.

The governor pulled no punches, slamming the NCAA for “allowing men to compete in women’s sports.”

By allowing men to compete in women's sports, the NCAA is destroying opportunities for women, making a mockery of its championships, and perpetuating a fraud.

In Florida, we reject these lies and recognize Sarasota's Emma Weyant as the best women's swimmer in the 500y freestyle. pic.twitter.com/tBmFxFE3q6

Lia Thomas, born William Thomas, competed as a male swimmer with the University of Pennsylvania until the 2021-2022 season.

Do you think trans athletes should be allowed to compete in events for members of their adopted gender rather than the gender of their birth?