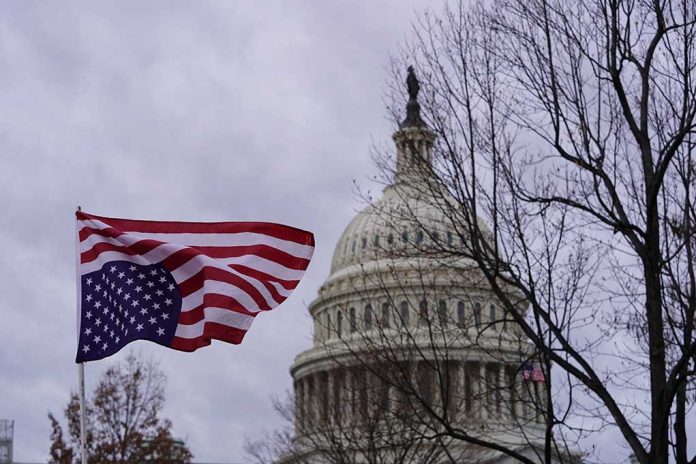 (RepublicanJournal.org) – Senator Tom Cotton (R-AR) has strong views on the Democrat party. He believes that from the times of the earliest “progressives,” the Left has systematically moved toward bigger government, more centralized control, and far less freedom. In an exclusive interview with Breitbart, the senator laid out his argument for why Democrats are purposely crashing the American dream.

They're proud of what they're doing to an America they reject!

They loathe our Judeo-Christian ethics & values.

Stunning as this seems, it's painfully true.https://t.co/L2HfR2cEPA

On October 3, Cotton spoke with Alex Marlow of the Breitbart News Daily Podcast and outlined how Leftists from Woodrow Wilson to Barack Obama overstepped their executive authority to institute political change. The senator believes the rise in inflation, gas prices, groceries, and just about everything else is “decline by design,” meaning Democrats want problems to solve, so they do what they can to help create them.

The Harvard grad referenced the progressive Left of the past century, pointing out a common theme: a negative outlook on America and an inherent need to oppose American military institutions, energy production, and overall prosperity and growth. Add to that the desire to build a paradise on idealism about the human condition and you have a recipe for disaster.

The senator talked about his most recent book, “Only the Strong: Reversing the Left’s Plot to Sabotage American Power,” and how it perfectly reflects the current crop of liberals. He used President Joe Biden as the perfect example of an understudy to an administration that went deep left, especially in its last few years. Biden’s answer to major issues seems to be “spend” and let the next guy figure it out, continuing the traditions of his radical predecessors.