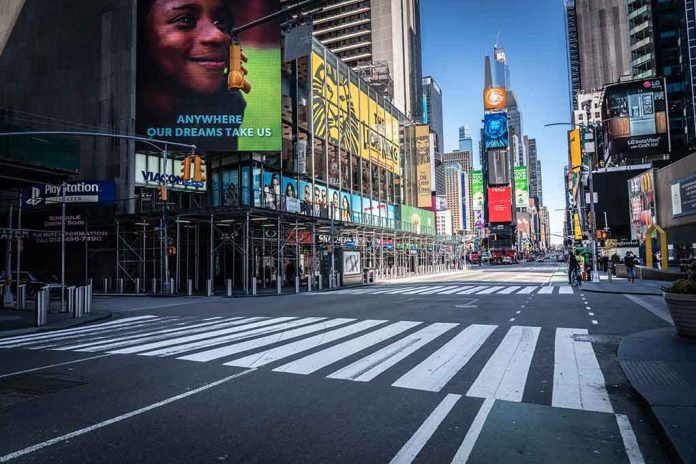 Dangerous TREND Found In Democrat Cities – The Research Is Clear

(RepublicanJournal.org) – Some of America’s largest cities are seeing their populations decline in rapid numbers. According to the latest data from the US Census, huge democratic strongholds are hemorrhaging residents at an alarming rate. From coast to coast, the numbers may be disturbing for a party that counts on its urban base for support.

Some of the most startling numbers come from exactly where one might expect: the three largest population centers in the country. New York City lost a whopping 305,000 people. Chicago and Los Angeles both lost close to 50,000 each. San Francisco, which isn’t among the largest cities but is one of the Left’s most cherished locations, lost more than 55,000 people.

According to a Breitbart report, inner-city crime has gotten so out of control that residents likely feel they have no choice but to leave. Add to that skyrocketing inflation and a rental market shortage, and the result is many traditional city-dwellers looking to leave the hustle and bustle of the urban grind in the rear-view mirror.

On the flip side, the fastest-growing cities are in Republican-led areas; 8 of the 15 top cities for growth were in Arizona, Texas, Florida, and Idaho. The census report notes that some of the exoduses from major cities can be attributed to pandemic-related departures. Still, with other cities showing increases during the same time period, it would be difficult to argue that some people have simply grown tired of the life Democrats seem to hold so dear.