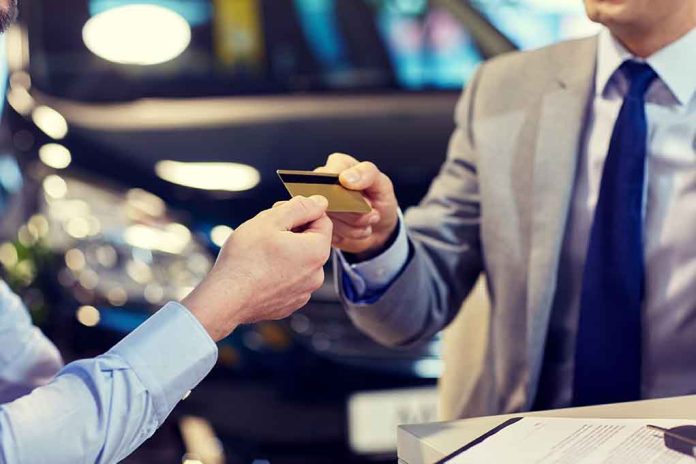 (RepublicanJournal.org) – As the violent conflict between Russia and Ukraine progresses, Western governments and corporations continue to look for new ways to discourage Russia’s attacks. Recently, various payment processors, including Visa and Mastercard, have announced they will no longer offer their services in Russia. One prominent conservative commentator believes there could be a downside to this strategy.

On Saturday, March 5, Fox News host Dan Bongino explored the possibility American liberals might try to shut conservative political rivals off from using payment systems. During a conversation with the Heritage Foundation’s Kara Frederick, Bongino acknowledged the loss of payment services would hit Russia hard. He then admitted he had been wondering whether Democrats might try to emulate the move.

He said he wasn’t just dealing in conspiracy theories; he highlighted Stripe’s decision to stop processing payments for the Trump campaign last year.

Dan Bongino Sounds the Alarm on Visa, Mastercard Cutting Off Conservatives After Suspending Service to Russia: 'That's Not a Conspiracy Theory!' https://t.co/nS5VNzvWrI

Kara Frederick agreed with Bongino’s take, adding that the Russian conflict would provide American leaders with an opportunity to see what they could get away with doing to domestic political rivals. She also claimed Democrats would use any opportunity they could to politicize the Russian disaster.

Is this a needlessly alarmist take from Dan Bongino, or is the threat he warns of really a danger for conservatives in the United States? Only time will tell.