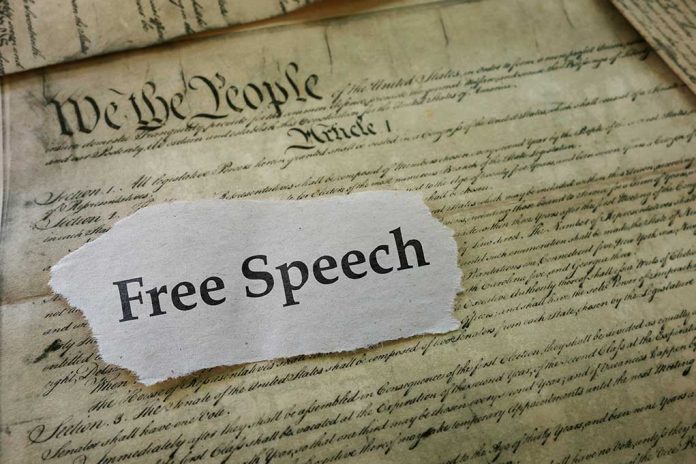 (RepublicanJournal.org) – First Amendment cases often generate intriguing legal arguments. The provision protects the right of Americans to express themselves freely, without fear of prosecution. However, there are some necessary limitations on this freedom; for example, people can’t rely on their First Amendment rights to call on others to commit violence. There are other restrictions, too, and the courts sometimes have difficulty figuring out exactly which aspects of the law should take precedence.

On Thursday, July 15, a municipal court in New Jersey ordered a woman to remove anti-Biden signs from her property because they contained obscene language. Unless Patricia Dilascio removes the signs within a week of the judgment, she will incur a $250 fine for every day they remain in place. Dilascio’s daughter, Andrea Dick, owns the signs and is determined they should remain in place.

Dilascio’s legal team invoked the First Amendment, claiming the signs were protected by her right to free speech. Judge Gary Bundy disagreed, pointing to the fact that the signs had violated a borough ordinance, which he said did not “restrict political speech.”

So, who’s right in this case? Should Patricia Dilascio be allowed to keep the signs in place because of the First Amendment, or is the profanity stepping over the line of what’s acceptable? We suspect we may be hearing more about this case in the future. We’ll update the story as events unfold.