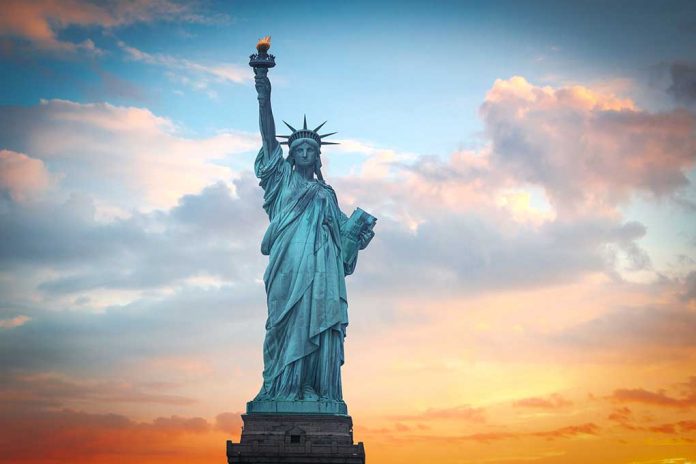 (RepublicanJournal.org) – For decades, the liberal movement in the United States attempted to paint conservatives as heartless pragmatists. However, is that fair? There are four main pillars of conservatism. Each one weaves a thread that counters the liberal narrative and tells the story of the American experience since the nation’s founding.

The core of conservatism’s message is the individual holds the power to make positive social change and create prosperity. When followed, conservatism can create a supportive society, reduce poverty, and offer meaningful work without interference from the government. The four pillars are rooted in family, faith, and objective truth. Each pillar is closely related to the others.

Conservatives have a deep appreciation for American history. Rooted in the early American experience is the idea of liberty, as expressed in the Declaration of Independence. The historical document is considered a prelude to the United States Constitution. It spelled out the grievances the original thirteen colonies had with King George III.

The principle it lays out is that every individual has the right to life, liberty, and the pursuit of happiness. The concept of liberty means the government does not have the right to stop people from pursuing their dreams and reaping their just rewards. To achieve liberty, the government must remain small enough not to impede the freedom of the people.

The specific liberties that the framers were concerned with are spelled out in the Bill of Rights. It specifically mentions freedom of religion, speech, press, gun ownership, unreasonable search and seizure of property, due process of law, and trial by jury.

Conservatism and advancement of society are not mutually exclusive. In fact, the Constitution empowers advances in society when the government doesn’t overreach. However, at the same time, conservatism acknowledges the values established over centuries that make for an orderly and functioning society.

Those values include respecting the rights established in the Constitution while also dispelling chaos and instability. A society that cannot function in an orderly fashion is doomed to failure.

Conservatives believe in objective law that is simple for all to understand and follow. If the rule of law is inconsistent, citizens won’t be able to obey it. According to the ideals established in the Declaration of Independence, the purpose of the law should be to protect liberty and promote prosperity, not expand government power.

The philosophy of conservatism is based on Judeo-Christian principles. Some of these concepts include justice, morality, community, charity, and duty. Throughout American history, there was a belief in a greater authority than humankind. As a philosophy, moral order ensures political order. Take morality out of the equation, and what America is left with is a corrupt government that seeks more power at the expense of the Bill of Rights.

The four pillars create a common thread about the core of conservatism. When practiced, it creates a government that empowers people to fulfill their dreams while utilizing their God-given talents without unnecessary government controls.

So, the next time you find yourself explaining conservatism, you’ll have a better framework to separate what conservatism is from what it’s not.