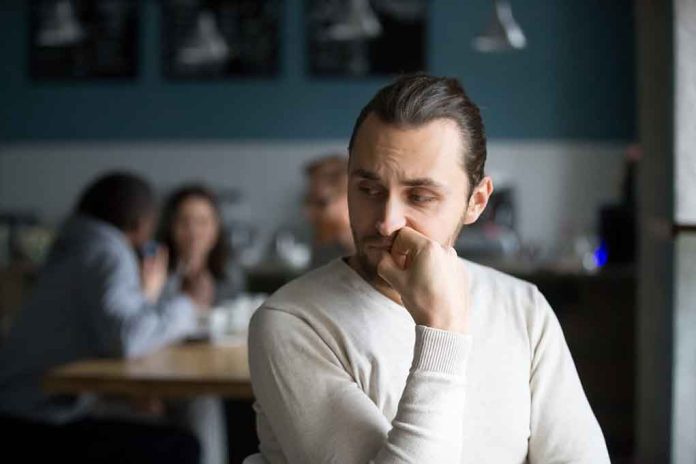 (RepublicanJournal.org) – Lately, it seems more and more people are offended by comedy routines that once had people rolling in the aisles. The latest incident happened during comedian Joe Lycett’s recent tour; but this time, an audience member called the police. Upon investigation, authorities closed the case, but the ordeal begs the question: Does anyone have a sense of humor anymore, and what happened to free speech?

Apparently, a member of the audience called the cops because they were offended about a joke Lycett said involving a “giant monkey d**k.” To explain himself, the comedian had to give authorities a statement as to the context of the phrase in his comedy routine. The entertainer said the police were very nice about the issue and were obligated to investigate because the offended party had contacted them.

Despite the incident, Lycett is keeping the joke in his comedic set for the duration of his tour, which runs through the summer.

The issue is just one more example of audience members becoming unreasonably offended by comedy routines. Recently, actor Will Smith smacked comedian Chris Rock at the Academy Awards for a joke about his wife. Then, someone tackled Dave Chapelle on stage for joking about transgender individuals.

Do you think comedians should censor themselves so as not to offend, or do you feel those easily upset should just stay home on comedy night?