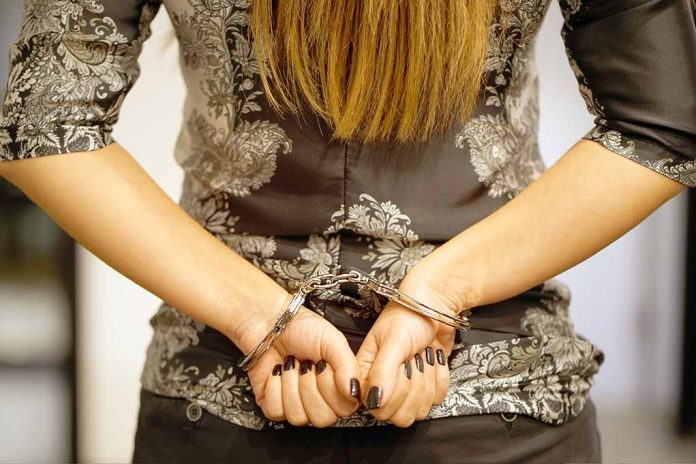 (RepublicanJournal.org) – It’s not every day that Americans see authorities arrest a lawmaker or public leader. But, while the instances are few and far between, they do happen. Just ask Mesa County Clerk Tina Peters from Colorado.

Peters was at a restaurant in Grand Junction, Colorado, when authorities arrested her after she resisted complying with a search warrant for her Apple iPad tablet. Officers ended up briefly detaining the Mesa County Clerk. They released her at the scene, but Peters now faces pending criminal charges related to the incident.

Police arrested Mesa County Clerk Tina Peters at a Grand Junction restaurant on Tuesday after she resisted authorities' attempts to seize an iPad under a search warrant, police said.https://t.co/jzynajvqJY

The warrant and arrest of Peters weren’t connected to ongoing federal and state investigations into the clerk’s alleged involvement in election data security breaches in 2021. According to Colorado Politics, the Grand Junction Police Department’s spokeswoman had no further details.

Police attempted to seize Peters’ tablet on February 8, intending to review data on the device which they believed was created the day before between 1 pm and 2:30 pm. Authorities suspected that Peters recorded a courtroom hearing during that time, despite a prohibition of electronic recording devices.

A member of the clerk’s legal defense team claimed that Peters complied with the search warrant until officers attempted to seize other items that were not part of the warrant, such as her car keys. According to a probable cause affidavit, Peters denied recording the February 7 hearing of Belinda Knisley, Peters’s former chief deputy clerk, regarding allegations that she created a hostile work environment. However, a paralegal and deputy district attorney claimed they witnessed Peters open the iPad’s camera app and face the rear camera towards the courtroom.

Previously, Peters has been the subject of accusations of election security breaches and defying orders from the Colorado Secretary of State, Jena Griswold.