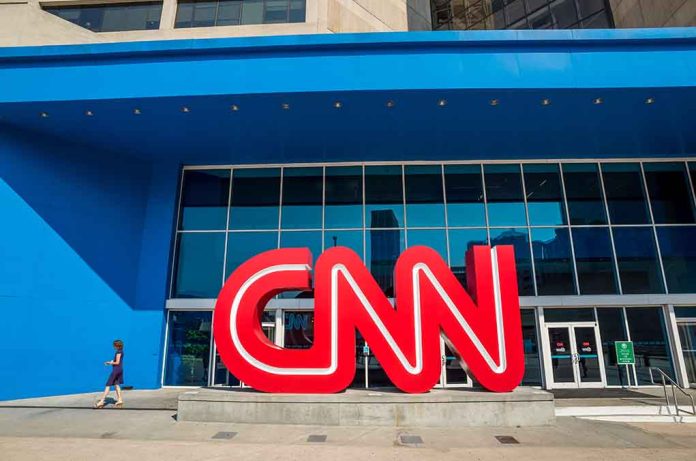 (RepublicanJournal.org) – Conservatives have been railing against liberal media bias for many years now. Over those years, one network has pumped out inaccurate anti-conservative material more consistently than any other: CNN. Here’s a look at the most egregious examples.

Following the 2016 election that put former President Donald Trump in the White House, senior Democrats began pushing a narrative that Trump had collaborated with Russia in an attempt to destabilize the election in his favor. The infamous Mueller report followed; and despite years of investigation, FBI Director Robert Mueller and his team couldn’t link Trump to Russia’s interference.

Before the reality that there was no evidence to incriminate Trump became public, CNN launched attack after attack on the then-president. Lead anchors aimed to leave viewers with no doubt he was indeed guilty of collusion. Several liberal commentators insisted Trump was watching the walls around him “closing in” at various stages throughout the investigative process.

Another issue was CNN’s repeated defense of the Steele dossier, the collection of documents that has since become infamous. The intelligence the dossier contained appeared to implicate Trump, but it was discredited after the FBI charged key sub-source Igor Danchenko with making false statements to federal agents.

CNN commentators have found themselves at odds with podcasting giant Joe Rogan on numerous occasions over the last number of years. In its most recent high-profile hit job against Rogan, the network ridiculed him for speaking about his use of ivermectin following his positive test for COVID-19.

Rogan later slammed the network for doing this, and additionally took CNN health correspondent Dr. Sanjay Gupta to task on the issue when he appeared on Rogan’s podcast. Rogan accused CNN of telling a “lie” when referring to ivermectin as horse dewormer, while Gupta accepted that the network had been in the wrong.

You can watch the exchange for yourself in the video below.

In 2019, Empire actor Jussie Smollett gained the support of millions of Americans when he told the world he had sustained injuries in a racist, homophobic attack. He claimed the perpetrators of the assault had been supporters of former President Trump.

Following a police investigation, it emerged Smollett himself had actually been behind the incident. Police discovered he sent a racist letter to himself and paid two of his associates to beat him up in an attempt to promote his public profile and boost his career.

CNN repeatedly promoted Smollett’s version of events on the airwaves before it came to light that he had been lying.

Of course, these are only a few examples among many more. Is it time liberals stopped trusting CNN?