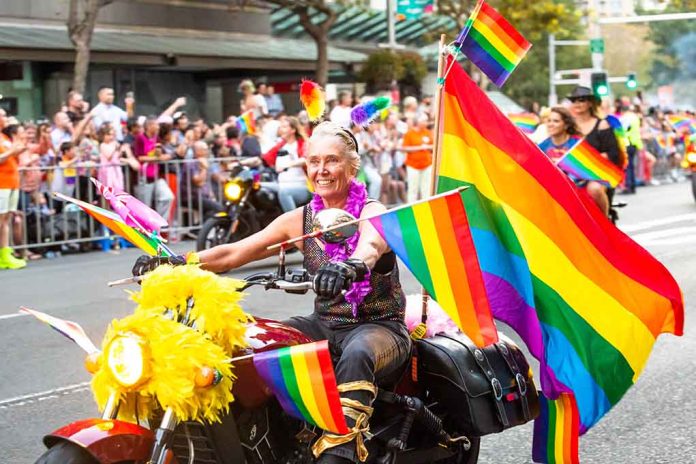 (RepublicanJournal.org) – On June 26, thousands gathered for the Seattle Pride Parade in Washington to commemorate Pride Month. During the event, a group of ten cyclists rode in circles in front of the crowd to promote body positivity, which might have been fine if they weren’t completely naked and children hadn’t been present. The exhibitionists included both men and women.

Clearly, the parade was meant for people of all ages, as the Boy Scouts of America led the procession carrying American flags as well as pride flags. Journalist Jonathan Choe said people were enjoying themselves during the event.

Other activists from Amazon.com joined the event to demand those in charge of the company remove “transphobic books” they claim spread hate and make work environments hostile for some employees.

Small children lined the streets, watching the events unfold, including witnessing the naked bikers looping around in front of them and the rest of the confused parade-goers.

Do you think this event was appropriate for children, considering the subject matter and the nude parade participants, or do you feel it would have been better to leave the younger crowd at home?