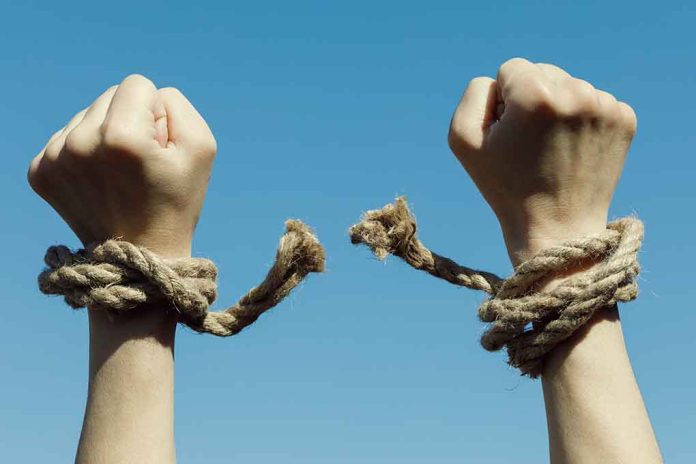 (RepublicanJournal.org) – A transgender individual from the United Kingdom confessed to possessing a deviant collection of child pornography images and was sentenced to 14 months in prison. Unfortunately, a sympathetic judge with the Newcastle Crown Court suspended Peter Selby’s sentence for two years because the court felt the “impact of custody” would simply be too much for someone who identifies as transgender to handle.

The judge also pointed to the fact that the guilty party was making a rehabilitation effort and was not healthy. In essence, the sexual pervert is getting off easy for his crimes.

Peter Selby, a biological male, was found with over 125,000 images and videos of child sex abusehttps://t.co/GcMAgz0pxr

Investigators reported Selby amassed the litany of images over 10 years, a practice he said morphed from looking at adult pornography. In all, the perpetrator had over 125,000 pornographic images involving children, and over 2,400 of those were of the highest severity.

Although the judge stated anyone with an interest in the sexual deviance depicted in the photos must have a “sexual interest in children,” they took mercy on him partially because of his transgender status.

Selby will now only have to seek counseling and remain on the sex offender registry for 10 years. Do you think the punishment even comes close to fitting the crime?