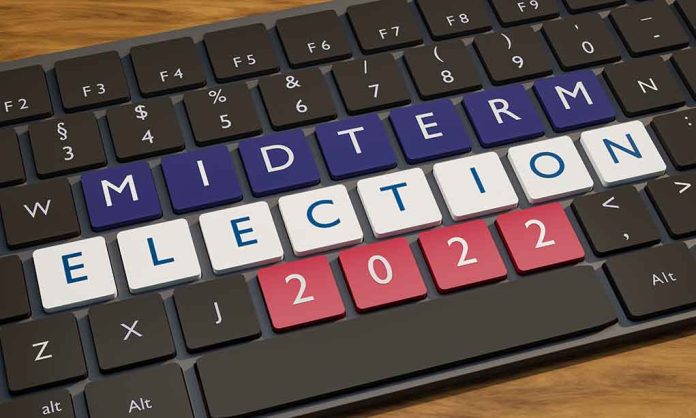 Bolduc and Hassan Square Off in Final Debate Before Midterms

(RepublicanJournal.org) – Candidates are attempting to get all of their ducks in a row with midterms just around the corner. Republicans and Democrats are battling it out across the country trying to edge out their opponents. In the swing state of New Hampshire, Senator Maggie Hassan (D-NH) squared off with GOP candidate General Don Bolduc in what was their third and final debate before the fateful election.

FiveThirtyEight shows Hassan is just under 4% ahead of her contender, meaning it’s anyone’s game. Heading into the last debate, Bolduc has been chipping away at his opponent’s lead. The Republican candidate came out strong during the final debate, repeatedly attacking Hassan and tying her to the Biden administration.

The general attempted to pin the state of the nation’s economy, which has struggled with elevated inflation, on the senator. The moderator, Adam Sexton, asked the candidates to name something they recently purchased that shocked them regarding how expensive it was. While Hassan noted her husband was taken back by the price of eggs, General Boulduc said he’s seen people forced to not buy items at checkout and put them back because of their expense. He blamed Hassan for it.

Bolduc claimed the senator’s votes have resulted in the impacts Americans have felt while feeding their families and heating their homes as winter approaches, adding she has completely supported the president. Hassan did her best to distance herself from the Biden administration, explaining she stood against the White House when it wanted to repeal Title 42 and declared she was against Biden’s Afghanistan withdrawal deadline.

Since the Supreme Court overturned its landmark decision in Roe v. Wade, abortion has been a top issue among Democrats. The panel started off by asking Bolduc about his stance on the practice, mentioning the criticism he’d over remarks he made following the Supreme Court decision. The general asserted that as far as abortion went, it wasn’t his concern. He declared the issue was important, but it was a state problem as decided by the high court, adding he agreed with New Hampshire’s abortion law.

The panel then asked Boulduc if he could pledge to the Granite State that he wouldn’t vote for a nationwide abortion. Bolduc asserted he already has, mentioning again that he feels it’s a state issue, one he would be against if any legislation arose attempting to make it a federal decision.

Hassan claims the GOP candidate is simply attempting to conceal his true intentions, accusing Bolduc of being a “yes” vote for a national ban on abortion.

The two candidates traded blows throughout the course of the hour-long debate, each attempting to convince voters the other was an extremist. However, both Bolduc and Hassan did agree on at least one thing, that political violence needed to stop. Sexton brought up the issue at the end of the debate, mentioning the recent attack on Paul Pelosi, and asked the senator what she believes needs to be done. Hassan noted that politicians needed to “tone down the rhetoric.”

The progressive lawmaker explained the whole point of democracy was to solve issues without violence and urge people to work together for the greater good. Bolduc agreed with Hassan, noting she made great points. He declared the violence was a symptom of the current political atmosphere, where leaders fuel issues between voters, which leads to people becoming so upset that they lash out. The conservative mentioned it happened to him as he was coming to the debate, when a man, reportedly a Libertarian activist, attempted to attack him as he was walking into the building.