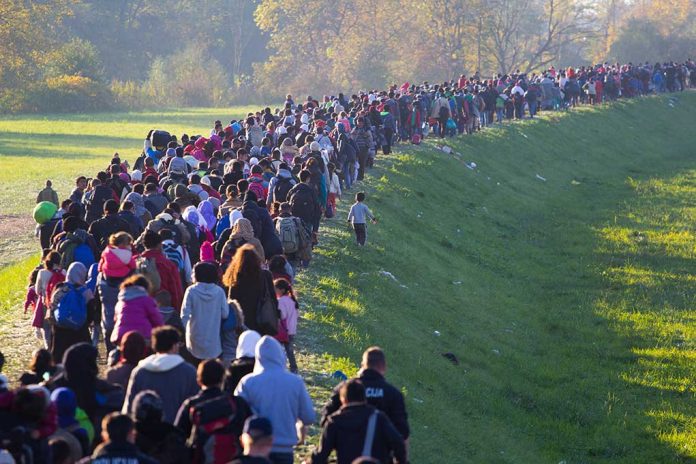 (RepublicanJournal.org) – The ongoing influx of immigrants has created a border crisis the Biden administration just can’t seem to overcome. After the humanitarian crisis US Customs and Border Patrol witnessed in Del Rio, Texas, where illegal immigrants camped under the international bridge, migrants are once again pushing for the Southern Border. Their message is simple: “tell Biden we’re coming.”

A mix of people from Haiti, Central America, and a handful of South American countries allegedly registered to join a massive caravan via a simple QR code. All hope to gain entry to the US, either by applying for asylum or by sneaking across the southern border.

Officials expect the caravan to move much more slowly than other groups have in the past, largely because Mexico implemented a new law prohibiting trucks from transporting migrants. Still, they say it will be the largest of its kind in the 2021 fiscal year.

Beginning in the southern Mexico town of Huehuetán, caravan members have embarked on a long 2,500 mile journey across rugged terrain. October 26 marked the third day since the group started progressing toward the American border. Mexican officials say the caravan contained more than 3,000 as of the same date.