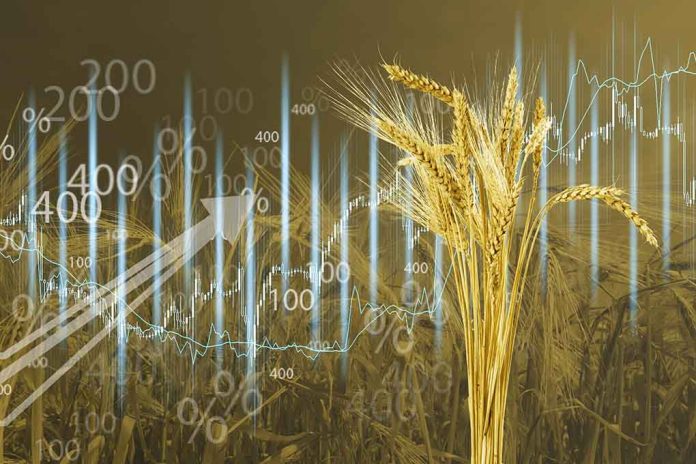 Biden’s Latest Decision Will Rock America To The Core

(RepublicanJournal.org) – Russia’s invasion of Ukraine continues to send shockwaves throughout the world economy. The impacts are most obvious in terms of energy prices; boycotts on imports of Russian oil and gas have driven up the cost of fuel in many countries, including the United States. However, it’s having other effects too.

Biden’s Decision to Give Millions to Help Feed People Overseas Will Result in Increased Prices at Home https://t.co/iViyQxEOu2

In March, Reuters reported that around 420 underwater mines had become loose and were floating freely in the Black Sea. In light of this, the Kremlin said shipping lanes in the region were no longer safe, meaning key routes for products like grain and oil were unusable. Despite protests from Ukraine that the reports from Russia were disinformation, major Ukrainian ports have remained closed.

On April 27, the US Department of Agriculture and the US Agency for International Development jointly announced they were spending $670 million to provide aid to countries without food as a result of the war in Ukraine. The initiative will send millions of dollars of American produce to African countries to address growing food instability there.

Nonetheless, as critics have pointed out, the decision could drive the price of food at home even higher at a time when it’s already spiraling out of control.

Do you think this is the right move by the Biden administration?