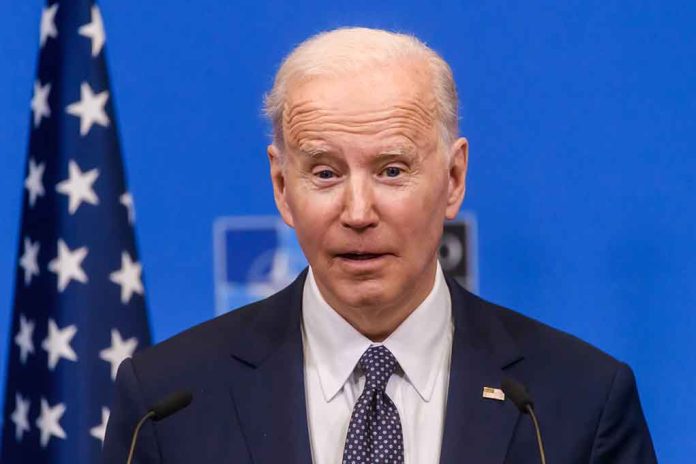 Biden Forgets His NAME – Video Shows What Happened Next

(RepublicanJournal.org) – On July 20, President Joe Biden was in Massachusetts discussing climate change when he misspoke yet again in front of an audience. While recognizing the congressional members in attendance at the event, he struggled to say “Congressman Jake Auchincloss.” Instead, his muddled words came out as “Congressay Auchincloss sauce.”

Instead of stopping, the president kept rolling with the introductions, going further to refer to the male representative as female.

During his speech, Biden also told a story about his childhood, as he often does, but this time he added a surprising tidbit of information. While reminiscing about his mother taking him to school and how the oil on the roads was so thick, they had to run the windshield wipers to get rid of the residue, he said that was the reason he and so many others had cancer.

In November 2021, there was an announcement that the US leader had “non-melanoma skin cancers” before starting in the Oval Office, but his words made it unclear if he was talking about the present or the past.

There has been no official word since the event about Biden currently having any type of cancer.

Do you think the president’s gaffes are becoming worse over time, or do you feel they’ve been consistent since he took the reins as leader of the free world?