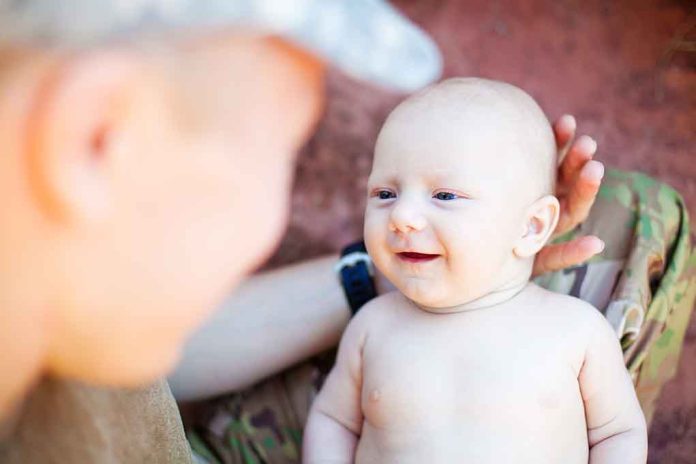 (RepublicanJournal.org) – In the aftermath of the disastrous US military withdrawal from Afghanistan last August, a tragic story of parents losing their infant child traveled around the globe. Kabul-based US Embassy worker Mirza Ali Ahmadi handed his two-month-old son over to an American soldier amid chaotic scenes at the city’s international airport. But, unfortunately, he and his wife were unable to locate or retrieve the boy afterward — until now.

Taxi driver Hamid Safi (29) found two-month-old Sohail Ahmadi on the airport floor and decided to raise the boy as his own when he failed to locate the parents. Several weeks ago, the Ahmadi family learned of Sohail’s whereabouts, but he was initially reluctant to surrender the child back to his biological family.

Sohail Ahmadi’s grandfather, Mohammad Qasem Razawi, appealed to the local Taliban police to intervene. After they detained Safi for a time, all parties reached an agreement whereby the Ahmadi family would pay Safi 100,000 Afghani ($950) to compensate him for providing for the baby for five months.

Sohail’s parents have been in the United States since last year’s evacuation. They viewed their son’s reunion with Razawi over a video chat and are reportedly very happy with the way things turned out.