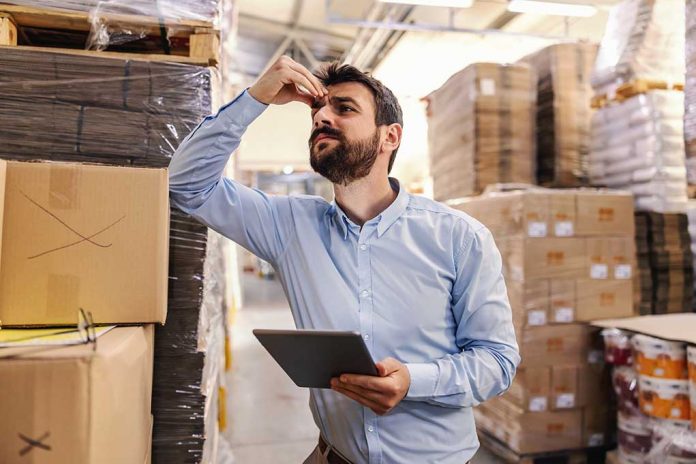 (RepublicanJournal.org) – Big Tech has come under scrutiny in recent times for a host of reasons. Perhaps the best-known example is its suppression of free speech. Around the last presidential election, technology giants (particularly Facebook and Twitter) made blatant attempts to smother positive narratives about Donald Trump and promote Joe Biden. The 45th president remains barred from publishing content on Facebook or Twitter to this day.

However, focusing on these examples can lead people to miss some of the other abuses practiced by these enormous corporations. Recently, Amazon has come under fire from multiple corners for its poor treatment of workers.

On Thursday, June 24, Vice reported on a message Amazon sent out to its delivery drivers in advance of Prime Day, its flagship sales event. It contained a series of tips for drivers to keep in mind while delivering Prime Day purchases, suggesting, for example, that they stay hydrated, remember to take breaks, and maintain a positive attitude.

All this sounds great in theory, but critics have been quick to point out the hypocrisy behind the message. Third-party service providers known as Amazon Delivery Partners typically employ Amazon’s drivers. These companies are notorious for putting their workers under extreme pressure, often setting deadlines that force drivers to flout traffic laws and skip breaks. Some drivers have even reported urinating into bottles while on the road.

Treat employees with respect
& show appreciation for their work. In return, they have the desire & passion to deliver on the mission & perform well.

Amazon’s Message to Delivery Drivers: ‘Endorphins Are Your Friend’ https://t.co/4SDOnPEB2Q

Accidents in the Warehouse

It’s not just delivery drivers who have been affected by Amazon’s relentless quest for growth. The retail giant’s warehouse staff are also suffering exploitation.

A June 1 report from the Washington Post revealed that Amazon’s warehouse operatives suffer “serious injury incidents” roughly twice as often as workers in comparable warehouses belonging to other companies. The report quoted Amazon employees who said this is because of the pressure workers are under to deal with orders and dispatches quickly.

Jeff Bezos, the founder and former CEO of Amazon, has defended the company’s practices concerning setting metrics for workers. In an April letter to shareholders, he said the goals were “achievable” and set in line with “performance data.”

As the old saying goes, absolute power corrupts absolutely. That’s likely what’s happening here. Amazon has moved into a place of total dominance in the online retail space, so it knows it can afford to bend the rules to keep its accounts looking as healthy as possible. If market competitors aren’t able to force Amazon to behave properly, that task may end up falling to the government.